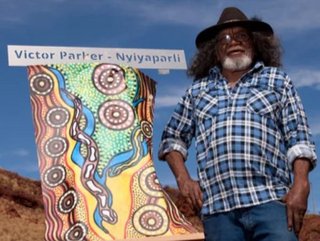 BHP has marked the signing of a $9.2mn contract with Karlka FenceWright – a wholly owned subsidiary of the Karlka Nyiyaparli Aboriginal Corporation (KNAC).

With more than 350 members, KNAC is the representative corporation of the Nyiyaparli people, the traditional owners of approximately 36,684 sqkms of land and waters in the east Pilbara region of Western Australia.

The contract will see 5kms of fencing panels fabricated locally and installed across BHP’s six residential villages around Newman. Many of the panels will feature the work of Victor Parker, Traditional Owner, senior Nyiyaparli elder and artist.

Karlka FenceWright is one of 70 Indigenous vendors currently registered with BHP. This financial year, BHP WAIO is targeting a total direct Indigenous procurement spend of $137mn, and this annual spend is expected to more than double by 2023-24 to more than $300mn a year.

“BHP wants to do much more to build sustainable, profitable and enduring partnerships with Indigenous businesses across our operations, and we are working hard at all levels of BHP to make this happen," said Brandon Craig, BHP Asset President WA Iron Ore.

“Our partnership with Karlka FenceWright and the Nyiyaparli people ... support the growth of Indigenous enterprise and innovation, and create new opportunities for those businesses to support their own communities."

Up to 80 people will be employed by Karlka FenceWright on this project, with a target to employ Indigenous people in at least 15% of those roles. Work began in April and is due to end in July.

The mining giant has awarded contracts exceeding $150mn to local Australian firms as it seeks to enhance its links with indigenous businesses.

Deals include a five-year contract with Kingkira, a 100 per cent Nyiyaparli-owned and operated business, to deliver road sweeping services across WAIO’s Port Hedland, Newman, and Mining Area C operations, as well as a five year stemming contract to Lorrex, a Banjima and Nyiyaparli owned business, working out of the WAIO Pilbara operations of Mining Area C, South Flank and Jimblebar.

Another contract has been awarded to Ngurrura, a 100% owned and operated Pilbara Aboriginal Traditional Owner company, to recover 44kt of crushed ore material from Mining Area C, with more than 70% Aboriginal employment on the project, engaged via the BHP Local Buying Program.