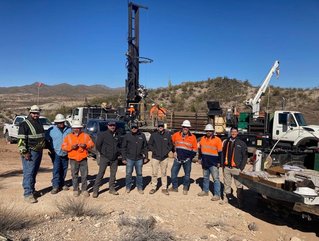 Bradda Head has mobilised a drill rig at its approximate 13sqkm San Domingo pegmatite project in Central Arizona, following receipt of the bond adjudication, marking the first drill programme at the historic pegmatite district since the 1950s.

The permitted programme at San Domingo is for 30 holes, equivalent to approximately 7,000m of diamond core drilling, and is planned to test the thesis that San Domingo is similar in structure to other well-known zoned pegmatites, like Liontown’s (Market Capitalisation AU$2.1bn) Kathleen Valley pegmatite project in Australia.

Drilling programme continues the fieldwork at San Domingo, including mapping, geophysics, surface sampling, and a recent 3D mapping exercise conducted by SRK, and results will be announced soon. Channel sample grades previously identified at our named pegmatites were as high as 2.49%Li2O.

The 30-hole programme has been planned using a combination of data sources, including the ongoing 3D mapping being conducted by SRK, geophysics carried out by Terravision, locations of historical lithium mining operations, previous channel sampling, and ground truthing by Bradda Head geologists. 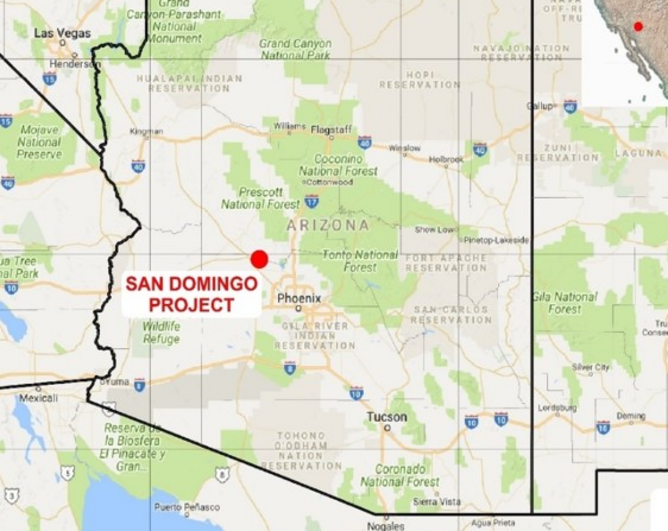 This programme is one of many that Bradda Head has planned for the remainder of 2022. Permits are also expected shortly from the Company’s Basin East Extension claim block which is adjacent to Basin East where Bradda Head has a JORC-compliant resource containing 305kt of Lithium Carbonate Equivalent (LCE).

On receipt of the permit Bradda will also move to commence a drilling programme at its Basin project (sedimentary-hosted lithium) at the same time as drilling at the San Domingo pegmatite project.

"With the vocal and growing demand within the USA for its own lithium supply, and recognising the history of successful commercial mining of pegmatites at San Domingo, a successful pegmatite exploration programme ... should quickly catch the attention of North American end-users and battery manufacturers," he said.

"As a consequence, this programme is a very significant step forward for us. We’re very excited to understand the true extent of pegmatite mineralisation at depth, following channel sampling with grades up to 2.49% Li2O, as well as grab samples with grades up to 8% Li2O, initially taken back in 2016."

The development of its pegmatite assets is also particularly significant as it opens up a second exploration target with a totally different mineralisation style to the company's Arizona Basin lithium-in-clay deposits.

Pegmatite mining and processing routes are well-established worldwide, and a successful drilling campaign will allow Bradda Head to move forward quickly to an Operational Study phase.

“With all of our planned exploration drilling activity fully funded we are comfortable to move on the two fronts concurrently: lithium pegmatites at San Domingo and lithium clays at Basin," he added.

"We have expanded our team in preparation for this increased activity and have a well-prepared programme for the rest of this year in both locations."