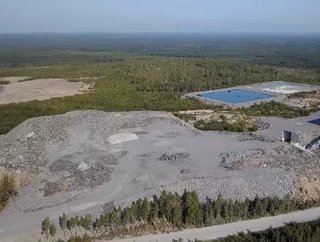 In legal documents, a series of instances are outlined in which Brunswick Gold alleges that it was misled ahead of and during the company's initial investment in Otso Gold Corp, finalised in 2021. "Had these alleged facts been known to BGL at the time, BGL would not have made an investment into Otso," the statement reads.

Brunswick Gold is the majority shareholder in Otso Gold Corp, a Canadian registered gold mine operator with major operations near the Town of Raahe in Finland. In a statement issued last November, Otso Gold reported completion of the first gold pour, processing approximately 4,000 tonnes of ore a day and blasting ore in mining areas four times a week.

The legal actions follow the abrupt resignation of Brian Wesson and Clyde Wesson – who were formerly Board Directors at Otso and are Principals at Lionsbridge – and the arrest of Brian Wesson by law enforcement agencies in Finland under criminal suspicion of aggravated embezzlement, the statement adds.

In the course of the Brunswick Gold's internal investigation, further evidence has emerged of "irregular business practices and significant undisclosed financial liabilities" that were incurred prior to BGL's investment in Otso.

The complaint filed in the Connecticut Superior Court seeks damages against the named parties, and alleges claims for Fraud and Conspiracy to Defraud, Aiding and Abetting Fraud, and for violating the Connecticut Unfair Trade Practices Act.

"The return of the mine to commercial production for the first time in three years could only have happened with BGL's investment in Otso Gold Ltd. Our commitment to ensuring the survival of the mine remains steadfast, but the serious revelations that have come to light in recent weeks must be addressed on behalf of all of Otso's stakeholders that may have been harmed by these improper actions," it states.