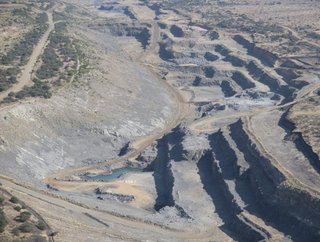 Despite supply chain challenges, vanadium producer Bushveld Minerals is targeting an increased production rate by the end of 2022

Primary vanadium producer Bushveld Minerals is on track to increase the group’s production run rate to between 5,000-5,400mtV a year by the end of 2022, with an annual guidance of between 4,200-4,400 mtV.

Recent disastrous floods in Kwa-Zulu Natal have severely affected operations at the Port of Durban with shipments being delayed by between 14 and 21 days, and is in the process of diverting exports through alternative South African ports, including Cape Town.

CEO Fortune Mojapelo said notwithstanding the challenges at the beginning of the previous year, it has successfully produced four quarters of consistent performance, building on the operational improvements and enhanced safety initiatives, which facilitated and entrenched operational stability from Q2 2021 onwards.

“The commissioning of Kiln 3 has commenced, and we are on track to significantly increase the Group’s production run rate to between 5,000 mtVp.a. and 5,400 mtVp.a. by the end of this year. This will be a significant increase from the total production of 3,592 mtV recorded in 2021."

Growth in production volumes reduces unit costs and is key to margin expansion, increased profitability and long term sustainable cash generation throughout the commodity cycle, given the historic volatility of the Vanadium price, he said.