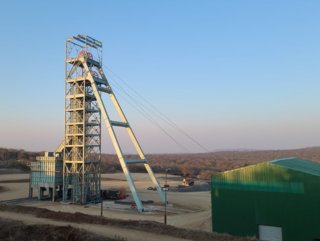 Caledonia Mining Corporation has signed a share deal to buy the Bilboes gold project in Zimbabwe.

The agreement involves 5,123,044 Caledonia shares representing approximately 28.5 per cent of Caledonia's fully diluted equity, and a 1% net smelter royalty on the project's revenues. Based on a recent closing share price on NYSE American of $10.40 per share, the value of the new shares that will be issued as consideration is currently $53,279,658.

Bilboes is a large, high grade gold-and-diamond deposit located approximately 75km north of Bulawayo, Zimbabwe. Historically, it has been subject to a limited amount of open pit mining. It has completed 93,400m of drilling over a total strike length of 7.4km. Approximately 60% of this drilling was diamond core drilling.

A feasibility study prepared by the vendors indicates the potential for an open-pit gold mine producing an average of 168,000 ounces per year over a 10-year life of mine.

"This is a transformational asset for Caledonia, as we embark on the next step in our journey to become a multi-asset, mid-tier gold producer," he said.

"Once in full production (which will be subject to financing of the capex) Caledonia's management believes that Bilboes could produce three times our current 64 per cent attributable share of gold production from Blanket, resulting in production from the enlarged Caledonia group being potentially four times its current size."

The acquisition of Bilboes will build on the recent acquisition of the Maligreen claims which host NI 43-101 compliant inferred mineral resources of 940,000 ounces of gold in 15.6mn tonnes at a grade of 1.88g/t.

"We continue our work at Maligreen which is focused on increasing the confidence level of the resource base," he added.

"The proposed acquisition of Bilboes is well timed following the completion of the Central Shaft project at Blanket in 2021 as we look to reinvest some of our surplus cash flow in this exciting new growth opportunity."

Prior to completion of the gransaction, Caledonia will enter a tribute arrangement with Bilboes Holdings so that oxide operations can be re-started with the expectation that Bilboes Holdings will return to profitable operations within six months. This also has the benefit of an element of pre-stripping for the main project's development.

Caledonia’s primary asset is the Blanket Mine in Zimbabwe and the company plans to increase its annual production to around 80,000 ounces this year.

Dana Roets, Chief Operating Officer, said: "We have now achieved our quarterly target of 20,000 ounces and are on track to hit our annual production target of between 73,000-80,000 ounces of gold."