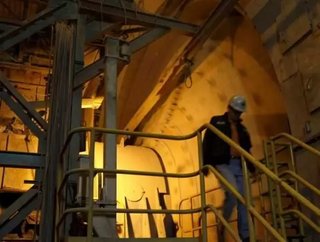 The worlds largest copper producer Codelco is set to sign a $1-billion deal with Britain to support UK investment with the Chilean company.The deal, whi...

The world’s largest copper producer Codelco is set to sign a $1-billion deal with Britain to support UK investment with the Chilean company.

The deal, which is expected to be signed Wednesday, will open the door for suppliers in the United Kingdom to work with the Chilean state-owned miner on infrastructure, equipment sales and financial investments, according to Reuters.

"It's probably one of the first investments of its kind into mining from UK Export Finance," Darryn Quayle, mining business specialist from the British government's UK Trade & Investment department, told Reuters.

"Typically they've been orientated towards oil and gas, aerospace and defense. It shows the UK government's support for the mining sector."

Under the billion dollar deal, UK companies will be able to utilize the government financial backing to sell infrastructure like rail lines, power plants and mining equipment.

"Mining is not just a hole in the ground, it's all the related infrastructure as well," Quayle said.

To combat its struggle with declining copper prices and aging mines, Codelco plans to sell about $8 billion of bonds over the next five years to help finance a nearly $30 billion investment program to  maintain its status as the world’s largest copper producer.

“Codelco is in a make or break situation with its investments,” said Chairman Oscar Landerretche. "We're going the full monty on the projects. If we don't, Codelco disappears by 2030.”

Under the growth program, Codelco aims to boost production to 2.5 million tons per year in 10 years time. Currently, the company produces 1.7-1.8 million tons a year.