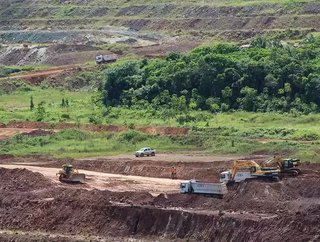 A multi-asset mining company listed on the Toronto Stock Exchange, has officially commenced operations at its flagship Brazil mine. Equinox Gold announ...

A multi-asset mining company listed on the Toronto Stock Exchange, has officially commenced operations at its flagship Brazil mine.

Equinox Gold announced in a statement this week that mining operations are underway in the Piaba Deposit at its Aurizona Gold Mine in Brazil. The mine project is currently still under construction, but the company has targeted a first gold pour by late 2018.

The company has selected U&M Mineracae e Construcao S/A as its mining contractor, with current mining activities focusing on the removal of waste and the development of access roads in preparation for ore mining in Q3-2018.

“Commencing mining activities is a significant construction milestone for the Aurizona Gold Mine and also for Equinox Gold,” said Christian Milau, CEO of Equinox Gold. “The project remains on track to pour gold by the end of 2018. Aurizona will be Equinox Gold’s first operating mine and is expected to produce on average 136,000 ounces of gold per year over the life of the mine.

“While the Aurizona operations team is focused on achieving production, Equinox Gold’s exploration team is focused on mine life extension and district-scale opportunities,” continued Mr. Milau. “A resource update is underway incorporating near-mine mineralization identified in the successful 2017 exploration program. There is also approximately four kilometres of strike extension to be tested with upcoming exploration programs and a study is underway examining opportunities to develop the underground potential of this exceptional gold deposit.”

Construction is proceeding on schedule and on budget, with $43 million of the $146 million construction budget spent.

And the good news doesn’t stop there as Equinox also announced that it has been awarded the Excellence in the Mining and Metallurgy Industry award from the Brazilian Minerios & Minerals for its Young Environmental Agents Project.

Created in 2015, the project looks to educate young people by hosting workshops focused on how minerals are used in our daily lives and the social, environmental and economic impacts and opportunities associated with mining.