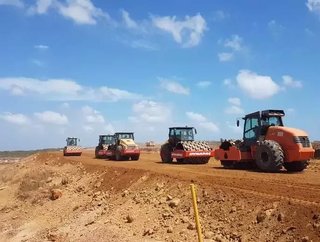 An emerging Canadian gold company, with assets spanning Brazil, California and across the Americas, has entered into full construction at its Brazil min...

An emerging Canadian gold company, with assets spanning Brazil, California and across the Americas, has entered into full construction at its Brazil mine.

Equinox Gold, currently developing its Aurizona Gold Mine in Brazil, has announced that the project has entered full-scale construction, targeting first gold pour in later 2018.

Construction had already been underway at Aurizona since Q3 2017, with detailed engineering work, tailings facility development, refurbishment of infrastructure and construction of pouring foundations already in advanced development.

Located in North-eastern Brazil, the Aurizona gold project will be a low-cost-open-pit gold mine, with an average annual production estimated at 136,000 ounces per year.

Kirkland Lake Gold to sell Stawell Gold mine for $6.5 million

Aurizona is a past-producing gold mine with significant infrastructure remaining at site, resulting in a short construction timeline and low initial capital to build an 8,000 tpd plant to produce on average 136,000 ounces of gold per year. Initial capital costs are estimated at a modest US$131 million, with life-of-mine sustaining capital estimated at US$51 million.

“With expansion permits, full construction funding and the new Equinox Gold Board of Directors in place, we have received approval for full-scale construction at the Aurizona Gold Mine in Brazil,” said Christian Milau, CEO of Equinox Gold. “This will be a milestone year for Equinox Gold as we advance Aurizona and transition the company from a developer to a meaningful producer, with more than 135,000 ounces of annual gold production expected from Aurizona.”

“The Aurizona project has been significantly advanced and de-risked over the past few months with early works construction and critical path activities,” said David Laing, COO of Equinox Gold. “The tailings dam raise is nearly complete; the mills are ordered and significant civil earthworks has been completed in preparation for installation of the mills and other new plant infrastructure. We look forward to reporting on construction milestones as we advance toward our target of pouring gold in late 2018.”