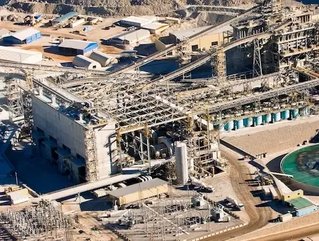 Freeport-McMoRan produced more copper than expected last quarter and raised its annual sales projection in a much-needed boost to tight global supplies of the metal.

The Phoenix-based company is on schedule with the ramp-up of underground operations at its flagship Grasberg mine in Indonesia and is stepping up output from North America just as copper surges toward the highest price in almost a decade. At its Cerro Verde mine in Peru, Freeport plans to get back to pre-pandemic levels next year.

At a time of robust demand and production disruptions elsewhere, Freeport’s expansion provides some relief for smelters and consumers of the metal used in wiring. Rather than a spike, Chief Executive Officer Richard Adkerson sees copper’s rally to above $4 a pound as supported by fundamentals — with scarce stockpiles, strong demand and dearth of big new projects waiting in the wings, reports Bloomberg.

In the first quarter, Freeport reported ran output of 910 million pounds compared with the 825.4 million average of analysts’ estimates compiled by Bloomberg. The company now expects to sell about 3.85 billion pounds this year, up slightly from a January projection and sees annual sales growing to 4.4 billion pounds in the next two years.

Rising production costs are one of the only headwinds to earnings growth, with the company matching cash cost estimates in the quarter but raising its projection for the year amid pricier energy and freight. Adjusted earnings came in at 51 cents a share in the first quarter compared with the 50-cent average estimate. Sales met expectations.

Adkerson said the company had resumed evaluations of future growth projects and expects to have that process ready by year-end. With high copper prices indicating debt targets will be met around the same time, Freeport will then look at other capital allocation opportunities such as additional dividends.

“With Freeport’s major transition year at Grasberg now mostly in the rearview mirror, we expect the company to have ample financial flexibility to re-deploy and accelerate key capital allocation priorities, such as capital returns and leverage optimization,” B. Riley Securities analyst Lucas Pipes wrote in a note to clients.

The one remaining component of its Indonesian strategy are smelters. The company agreed to build a smelter as part of renewing its contracts at Grasberg, and has been working with the government on proposals. A decision is yet to be made on proceeding with a project alone or with partners.

The company’s shares have more than quadrupled in value in the past year in one of the best performances among copper suppliers tracked by Bloomberg Intelligence. The stock was down 2.8% at 11:20 a.m. in New York.

Freeport is focused on expanding its own assets rather than looking at growth through acquisitions after making M&A missteps in past cycles.

“We have no strategy of engaging in M&A markets, but we’ll be positioned now for the first time in a long, long time to take advantage of an opportunity that comes to us,” Adkerson said.