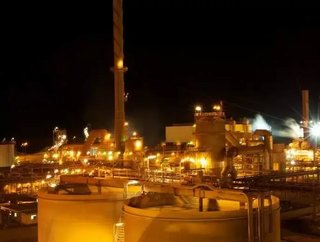 Glencore has released its full year production report for 2018, highlighting an 11% year-on-year increase in copper output and a 54% increase in cobalt...

Glencore has released its full year production report for 2018, highlighting an 11% year-on-year increase in copper output and a 54% increase in cobalt output.

The diversified miner’s 2018 results were boosted as a result of the restart of DRC-based subsidiary Katanga Mining’s processing operations in the fourth quarter of 2017 which contributed towards a year end copper production total of 1,453,700 tonnes.

Cobalt production of 42,200 tonnes was 14,800 tonnes (54%) higher than in 2017, mainly relating to Katanga. Katanga’s current cobalt production is being temporarily stockpiled on site, pending introduction of a long- term solution to remove excess uranium levels in such cobalt.

Elsewhere, own-sourced zinc production of 1,068,100 tonnes was in line with 2017, reflecting the offsetting impacts of the disposals of the African zinc assets in August 2017 and the restart of mining at Lady Loretta in mid-2018.

Nickel production of 123,800 tonnes was 14,600 tonnes (13%) higher than in 2017, mainly reflecting Koniambo running two production lines throughout the year.

Further, attributable ferrochrome production of 1,580,000 tonnes was in line with 2017, while attributable coal production of 129.4 million tonnes was 8.8 million tonnes (7%) higher than in 2017, reflecting the recovery in Australia from weather-related and industrial action disruption and the acquisitions of interests in HVO and Hail Creek, partly offset by lower production at Prodeco as equipment was reallocated to additional overburden removal and mine development activities.

Glencore is one of the world’s largest global diversified natural resource companies and a major producer and marketer of more than 90 commodities. The Group's operations comprise around 150 mining and metallurgical sites, oil production assets and agricultural facilities.

With a strong footprint in both established and emerging regions for natural resources, Glencore's industrial and marketing activities are supported by a global network of more than 90 offices located in over 50 countries.

Glencore is proud to be a member of the Voluntary Principles on Security and Human Rights and the International Council on Mining and Metals. It is an active participant in the Extractive Industries Transparency Initiative.