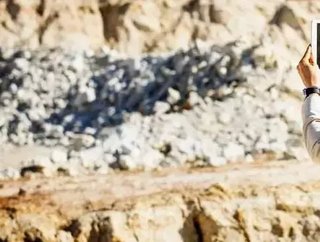 The miner will place more scrutiny on its Australian sites, following the blast by a rival company that destroyed two Aborigine historical sites in Pilb...

It was announced on Friday that Rio Tinto’s CEO Jean-Sébastien Jacques and two other senior executives would resign in the wake of a blast carried out by the company in May, which blew up a gorge in Western Australia that showed signs of inhabitation over 45,000 years old. This has prompted its rival Gold Fields, which operates four gold mines in Western Australia including the Agnew and Granny Smith mines, to conduct a review into how it manages heritage sites.

Speaking to Reuters on Monday, a spokesman for Gold Fields, Sven Lunsche, commented: "As a result of the Rio incident, two months ago we initiated a review of previous legal approvals that each Australian site had received from the regulator”.

"We have also undertaken a review of the gaps identified in Gold Fields' heritage management processes as part of a critical control audit in late 2019, with a particular focus on relationships with Aboriginal stakeholders”.

While Gold Fields also has operations in Ghana, South Africa and Peru, Lunsche added that none of these mines are located near areas that are culturally sensitive.

While Rio Tinto’s CEO Jean-Sébastien Jacques has agreed to resign, he will remain in post until March 2021, or until his successor is found. He will leave alongside the heads of Rio Tinto’s iron ore and corporate relations divisions.