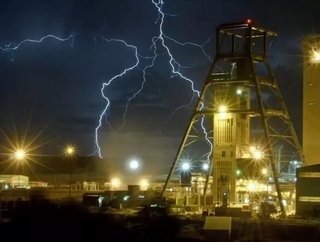 Gold Fields won’t be rushing to join AngloGold Ashanti in exiting South Africa, after its last mine returned to profit. The South Deep operation gene...

Gold Fields won’t be rushing to join AngloGold Ashanti in exiting South Africa, after its last mine returned to profit.

The South Deep operation generated $15mn of net cash in 2019, after a decade of losses, reports Reuters. Profitability will improve this year as output climbs at the mine that sits on the world’s second-biggest known body of gold-bearing ore. For Chief Executive Officer Nick Holland, the mine has the potential to be a “shining light” for a South African gold industry in terminal decline.

“We have a responsibility to the country in making this big resource viable,” Holland told reporters in Johannesburg on Thursday. “What kind of message do we send to the country if we throw in the towel?”

The nation’s gold sector is less than a fifth of the size it was at its peak and its importance to the economy is rapidly diminishing. The industry has become expensive and dangerous as often unprofitable mines extend miles underground.

Gold Fields, founded by Cecil John Rhodes in 1887, has come under pressure from investors over losses at South Deep. Like AngloGold, the company has focused on more profitable mines in the Americas, Australia and West Africa. But while its rival is selling its last remaining South African assets to Harmony Gold Mining Co., Gold Fields is keeping its options open.

“One thing I can rule out is a fire sale,” Holland said. “We want to do something out of a position of strength.”

Instead, Gold Fields has cut costs by reducing the its workforce and is reviving a plan to open up new areas boost output and improve grades, the CEO said. That will give Gold Fields at least another year to assess its options, he said.

Gold Fields expects production at South Deep to rise 16% to 257,000 ounces this year. Under the original plans for the mine, output was envisaged to climb to 800,000 ounces.

In related news, South African gold output surged the most in four years in December, providing an unexpected boost for the country’s mining production.

Gold output rose by 24.9% from a year earlier, compared with a revised 4.5% in November, Pretoria-based Statistics South Africa said Thursday in a statement on its website. That was the biggest increase since January 2016 and helped total mining production to grow by 1.8%, the first expansion in five months. The median estimate of five economists in a Bloomberg survey was for total output to contract by 3.5%.