Greatland Gold and the Ernest Giles Project: a Q&A with the explorers of tomorrow 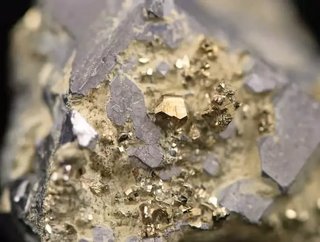 Mining Global catches up with Gervaise Heddle, Chief Executive Officer at Greatland Gold PLC (GGP) and, Callum Baxter, Geologist, to discuss the challenges of exploration, its current portfolio and tech within the mining sector.

Like most exploration companies, we're looking to identify and ideally want to prove these major new finds, and that's our major mission. But it is a process. It takes time to prove those things out.

Callum Baxter: It’s creating shareholder value through discovery of large deposits, and we're in the early stage of the game. And we find good assets and, as you said, bring them up the value chain, and our shareholders have been rewarded so far.

The current portfolio of Greatland Gold?

Heddle: We've got six key projects, even though a couple of those projects are big enough that you could probably break them up into two or three projects, but we say at the moment we've got six major projects. All of those projects are 100% owned by us. For me, that's a key point of differentiation between us and many other junior explorers. There's no royalties or other payment coming on them, and so that puts us in a great position.

Now in terms of six projects that are primarily focused on gold, we have four projects in Northern Australia, two in Tasmania. The key flagship project at the moment is Ernest Giles, where we're exploring for gold.

Baxter: Our flagship project at the moment is Ernest Giles. It has been for a number of years. It covers a very large area in the eastern gold fields of Western Australia which host fairly large deposits, and our Ernest Giles project hosts a green stone sequence that’s undercover. Consequently, it's never been explored in any great detail in the past. So, it's just a matter of finding where the gold is and because it's undercover, it has a few challenges, but we're managing to push through those and employ some modern geophysics and drilling techniques.

Heddle: It had virtually no exploration work at all when Callum realised that there was large potential right there. It was essentially ‘look, I think this is potentially another district that could host major gold deposits’. It's taken a few years to get there, but I think the results that we have published speak for themselves. This could be something very significant and it’s all down to Callum's vision six or seven years ago.

What are the challenges facing an exploration company?

Heddle: Obviously we have the same problem as all exploration companies, which is that it’s very hard to find this stuff, even with all the latest scientific methods, and I think that we can rightly claim that we're at the first round of applying some of the latest science to what we do. It's still very challenging to actually find economic deposits, and then you have the other challenges of the capital markets themselves which sometimes support the type of things we do and other times are under supportive. And then you add in other challenges such as the weather; at the moment there's been a lot of rain out in the northwestern part of Australia, and that can make planning programmes very difficult and leads to a lot of deferrals and potential roadblocks.

Baxter: Operating in capital markets and the availability of contractors sometimes is a challenge. When the industry is going very well, it's difficult to find good people and get things done at a reasonable cost. At the moment we're in a fortunate position that we're not in peak period for the industry, so it's relatively easy to get good people and carry out sensible work at a reasonable price.

How do you prepare for the challenges?

Heddle: There are many elements to that. We have to do a lot of forward planning and always be thinking about the 12- to 18-month view. That encompasses everything, the availability of capital, the availability of these contractors, the drilling seasons themselves, because there's several months a year in Australia that you can't drill in certain areas, because it's just too hot or too wet.

So, it is a question of planning and also having plans in place for the upside and the downside. Whether it's the project itself or the capital markets. At the moment we're in a very fortunate position. From a financing perspective, we have a really good position. That should be enough to see us through most of the next two years.

We've also got very good people. We've been investing in our people and we believe we have a very solid and stable team. But then also investing in all the external relationships as well to make sure that if we do need to get something done that we've got good contacts and we can actually get things done. Because when the industry really heats up, it can be very difficult to actually mobilise drill teams in a timely fashion, because everyone is just so busy.

How do you ensure you work with the right contractors and the right people?

Baxter: Our drill team is run by people we know very well and any contractors that are engaged are supervised at all times by the Greatland management. So, we can see if something is going to go sideways pretty quickly, and we pride ourselves in operating to high industry standards. We know the good operators. We've managed to control costs, and we haven't had any lost-time injuries over many years. I think if you look at our programs that we've carried out in the past all the way from just basic soil sampling and mapping through the fairly comprehensive drill programs, they've all been very cost effective. Costs have never blown out for us, and all the data is clean, which is what we like to see.

How technology is redefining the industry and redefining Greatland Gold?

Baxter: The science is evolving and the techniques are developing as well. There's been a lot of advances over the last 25 years that I've seen, such as airborne geophysics. Airborne geophysics is a fantastic tool, and these days it's very cost effective. Probably 25 years ago, airborne magnetics would have cost about $150 per line kilometre. Now you can get it for about $11 per line kilometre and it's very powerful. It helps us look under cover, so we can see geology through cover sequences and big structures and combine that with ground gravity work – which has also come a long way.

You can get a box the size of a briefcase into the field and the data that's collected from those blended with the airborne geophysics is quite powerful, and that's what's helped us a lot at Ernest Giles.

Drilling is getting cheaper as well. I would have liked to have seen more advances in drilling. I don't know why it hasn't happened yet, but I'm sure it will do in the next five or 10 years. Drilling rates are probably comparable to what they were 15 years ago, so we're getting a bit more bang for our buck with drilling these days.

Where you are with the Ernest Giles project and what does the future hold?

Baxter: The project has been through a sequence of airborne geophysics and targeting. We outlined a couple of targets through 50m or so of cover as well as some earlier scout drilling programs and intersected quite wide veins of mineralisation, sulfite mineralisation and alteration.  Heading into '16, we did a comprehensive drill program at one area. The drill spacing we had was 1,600m by 800m vertical IOC holes. I think we covered an area of roughly 30 square kilometres, and more than half of those holes hit mineralisation. We've got gold up to two grams to the tonne in that drilling and with the spacing of the drill holes, it really suggests that we're onto something big. That's when we got some interest from some of the larger parties around the world, including Newmont. We put together an agreement with Newmont which allows them to carry out proprietary surface geochemistry over the prospect.

But now we're still very much in the early stages of exploration and we've planned a second drill programme for the property that’s likely to be completed within the next 12 months. 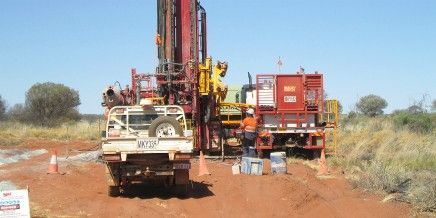 How important is it as a company to strike these partnerships? What work do you do to attract, negotiate and foster those relationships?

Heddle: It is very important to build relationships with the leading pros in the industry, as evidenced with the agreement with Newmont. It's important as an exploration company if you can get those companies in to assist you with exploration. That's great. We have done that. We've gotten some very valuable information from the agreement that we have with Newmont.

I think we're in a very good position, where we could easily continue on our own but obviously we're always in conversations with various parties about ways we could cooperate together. We got some fantastic information from Newmont and some fantastic new targets from the work they've done, which we'll be going out and drilling.

Where does the future of Greatland Gold lie?

Heddle: I'd like us to be considered one of Australia's leading exploration companies. We were one of the best performing on the stock exchange in 2017, but I'd like to think that we've had success on the exploration side. We want to continue to add value to our projects and monetise some of that success for our shareholders.

Baxter: We'd like to be regarded as one of the better exploration companies globally and increase shareholder value through discovery.

Heddle: I think I'll just finish by saying that we are very close to the team that we have the projects that we have. We're in a very strong position in terms of our financing now, and I think also the market has, in the past five, six months, focused very much on the Ernest Giles project, which is a great project. But we also have several other projects which I think are really key projects so I think people probably underestimate the strength and the cross section of the projects we have. And I certainly believe that people underestimate the strength of our team and the relationships that we have.