International Women in Mining and bridging the gender gap 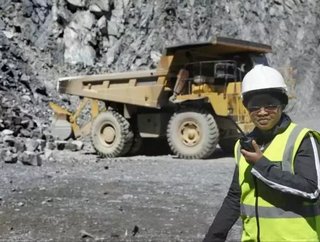 The mining industry is predominantly a male oriented industry in the eyes of the world. But IWiM is working to prove that the role of women in the indus...

That’s where International Women in Mining (IWiM) comes in. Founded in 2007, by Barbara Dischinger who had previously set up Women in Mining UK, IWiM is an organisation designed to connect women in the mining sector from all over the world and give them a voice.

Around 2007 there were only around 15 WIM chapters around the world and many women were working in countries where there was no existing chapter. Today, there are over 45 groups in around 35 countries or maybe even more.

Dischinger felt there was a lack of communication and linkage previously between all different WIM organisations which is why International Women in Mining was launched.  IWiM aims to link women internationally and also ambitiously aims bridge the gap between professional women and women artisanal miners and affected by mining.

“Every WIM organisation was sharing the same vision but operating independently, so I figured that there needed to be a bridge between them so that there would be better communication and information sharing, she says. Things have massively improved since and we see collaboration nationally, regionally and internationally.

“IWiM is a dynamic and collaborative organisation which brings together women and also men in all areas of the industry, all over the world,” says Dischinger.

IWiM has over 9500 followers in over 100 countries. Around 50 percent of members belong to their local WIM chapter with the other 50 percent being women who have no WIM affiliation.

“Our mission is to make a difference by helping women working in the sector, celebrate them, develop their careers and drive change in the industry,” she says.

One of the aims of IWiM is to share success stories and upskill our members so that they are "more able to cope and advance in their careers,” says Camila Reed, Head of Social Media IWiM.

“The idea has developed further into looking at what we can do to be more proactive as an organisation, not simply a place of information but also being a real driver of change.”

Gender imbalance is not necessarily unique to the mining industry. Most if not all STEM sectors across the world suffer from evident gender imbalance. In 2017, the world has come a long way but there is still room for progression, particularly when it comes to different geographical locations and unconscious bias. “Even if the barriers may now have been legally removed in most countries, there is still a lot of unconscious bias and cultural beliefs and expectations that make the reality of working in mining very different from what it should really look like,” says Dischinger.

Reed believes that things have begun to improve in the industry, but a key issue is a lack of research into women’s roles across the industry, something that IWiM is seeking to rectify.

“There is a real lack of statistics out there which makes it difficult to get a proper handle as to how many women in the mining industry,” she says.

What is clear is that across the industry, we know and see that there are gaps in the trades, at executive level and in some technical and operating roles.

Our research project aims to get more clarity around statistics: explore how many women work in mining. It has been an interesting journey and we are currently partnering with third party organisations to unlock some of those numbers on the ground. Most of the existing metrics are owned by mining companies. What we would like to see is more transparency or access to those figures and collaboration with mining companies.

Since its formation, IWiM has grown exponentially and now boasts over 9,500 members from over 100 countries and connects with women in mining (WIM) groups the world over.

This strong hub of multi-disciplined, multi-talented, multi-backgrounded volunteers and members is a testament to the vision of IWiM.

“An example of what we do is the way we help groups set up and give them an idea of what they can be, how they can do it, and connect them with existing groups in order to expand their network,” says Reed.

For Reed, this represents part of IWiM’s role as being a bridge for women in mining around the world.

“I think people see the rationale. Mining is a very international industry and people are always looking to move around the world and expand their networks so it makes sense for them to engage with IWIM,” says Reed.

Platforms such as Twitter allow people to engage in conversation and debate. To share successes, failures, challenges and all experiences.

“The more people you get into the conversation the better. Social media opens the window into that and it allows us to give women a voice. There is something very democratic about social media, it’s not about broadcasting it’s about conversation. We use it to allow women to have that conversation, progression, job opportunities, positive experiences everything that you would expect someone involved in mining to do,” says Reed.

For IWiM, it doesn’t stop there. The organisation is working on a number of key initiatives and projects to deliver a platform for women’s voices in mining to be heard.

One of the biggest initiatives has been an investment on getting more female mining professionals speaking at large scale mining conferences - IWiM SpeakUp.

This provides the key ingredient for progression and success.

“Speakers at these events get visibility. That is one way of getting your feet on a company board, promotion, a stretch assignment or to even being headhunted for a more senior position at another mining companies,” says Dischinger.

But of course, having more women speakers, who are experts in their field is a truer representation of the mining industry.

“It is very important to have women speaking because it goes back to our goal of providing a voice for women and it means that you are part of the debate. It shouldn’t be a gender issue, if you are a qualified person to speak on that topic, then you should be speaking at an event,” says Reed.

IWiM is also partnering with Adam Smith International (ASI) to review the impact of mining legislation on the participation of women in the industry, beginning with Malawi and Sierra Leone. The goal of the project is to support the economic empowerment of women through their increased engagement in the mining sector.

Two of the biggest initiatives and programmes from IWiM are the Women on Board programme and an initiative to get more “realistic” women in mining stock imagery representing women who actually work in mining.

The stock imagery Campaign was born out of a lack of visibility of professional women in mining roles within stock images, on annual reports of mining companies, sector presentations, company offices & websites etc. Instead when you found stock photos of women they were models. “Some are scantily dressed in stereotypically sexist poses that are simply counter intuitive to all the things we are trying to improve the mining industry,” says Dischinger.

“Our first photo campaign in 2014 saw over 50 women participate and send in photos of them in their work environment and some have been released for sale as stock images. We will launch a new photo campaign this January,” says Dischinger.

Another project relates to Women on Boards. The goal of the Women on Mining Boards programme is simple: to provide the opportunity for women who are interested in working at a board level to learn more about how to get there.

The process would normally require education at an institute of directors, but this is often an expensive process and may be geographically inaccessible. Through a webinar programme, IWiM looked to remove those barriers.

“We wanted to set up an affordable programme which would be accessible everywhere, with speakers from the mining sector and we wanted the women to be able to ask questions and engage,” says Dischinger.

Our next initiative for Women on Mining Boards is, a database full of talented “board ready” women from all over the world as a source of candidates for mining companies.

For more information on IWiM and how you can get involved, visit www.internationalwim.org