Ivanhoe's Kamoa-Kakula to begin production within a month

By Daniel Brightmore
May 03, 2021
undefined mins 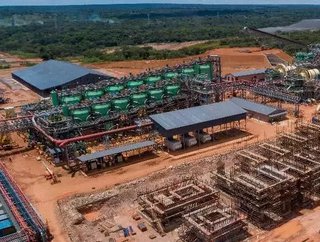 Ivanhoe Mines Co-Chairs Robert Friedland and Yufeng “Miles” Sun have announced accelerated construction and commissioning progress at the Phase 1 Kamoa-Kakula concentrator plant. The target date for C4 commissioning (milling of ore and first copper concentrate production) has been advanced to the end May or early June –several months ahead of schedule.

Overall construction of the project’s first phase 3.8-Mtpa concentrator plant is essentially complete, with the majority of the C1 (construction complete) certificates signed off. The plant is energized with permanent power and C2 commissioning, which involves electrical, control and instrumentation checks, is well advanced. Water is being circulated in certain areas of the plant, marking the beginning of C3 commissioning. C3 commissioning involves checking for leaks, certain instrument calibration, control loop checks, and is the precursor to C4 commissioning (hot commissioning), which involves processing ore through the plant to produce a copper concentrate.

Overall plant commissioning is running well ahead of schedule, with the first ore expected to be added to the mill by the end of May 2021. Lower-grade ore will be fed into the plant during the C4 commissioning phase, to ensure plant performance and copper recovery are satisfactory before increasing the head grade.

Contained copper in the stockpiles increased by approximately 23,000 tonnes in April – to a cumulative total of more than 140,000 tonnes (the current copper price is approximately US$9,950 a tonne).

Some of the approximately 7,000 employees and contractors who helped to build the Phase 1, 3.8-Mtpa concentrator plant ahead of schedule and within budget.

Mark Farren, Kamoa Copper’s CEO, remarked: “April was another month of great performance by our mining teams, who continue to produce well above plan. We now have reached our 3.0-million-tonne pre-production stockpile target. This stockpile likely is to grow further as our monthly mining rate currently exceeds the Phase 1 milling rate, and only should be drawn down once the Phase 2 concentrator begins operation in mid-2022.

“Even more exciting is the fact that we have been able to significantly bring forward the Phase 1 concentrator commissioning. We now expect to produce our first copper concentrate by the end of May or early June, months ahead of the original schedule.

“We have fantastic people on site, who continue to achieve very tough milestones. We expect to see the same kind of progress during our next challenge of ramping up the plant to nameplate capacity and design recovery. Many of the key contractors have been retained for Phase 2 to ensure continuity and to carry over learnings from Phase 1. Phase 2 construction is moving along nicely and is tracking slightly ahead of plan.”

Robert Friedland added: “We are proud of the entire Kamoa-Kakula team for their remarkable dedication and accomplishments to deliver our Phase 1 production ahead of schedule and on budget, despite the challenges presented by the COVID-19 pandemic. We would especially like to extend our deepest gratitude to the Kamoa-Kakula leadership team. Their unwavering passion, vision and commitment to excellence is critical to the ongoing transformation and growth of our business.

“The start of production at Kakula marks the beginning of a multi-generational copper mining district, consisting of numerous high-grade mines. We now turn our focus to scaling up this expansive copper region in a manner that is ethically- and socially-responsible, and setting a new global benchmark for the elimination of greenhouse gases in the production of copper that the world urgently needs.”

Kakula is projected to be the world’s highest-grade major copper mine, with an initial mining rate of 3.8 million tonnes per annum at an estimated average feed grade of more than 6.0% copper over the first five years of operation. Kakula is the first of multiple high-grade mining areas planned on the 400-square-kilometre Kamoa-Kakula mining licence.