Jupiter mines to list on ASX with A$240 million IPO 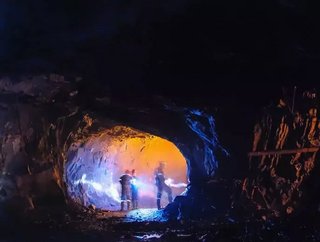 An emerging Australian mining company, with significant assets across Australia and South Africa, has announced its intention to list on the Australian...

An emerging Australian mining company, with significant assets across Australia and South Africa, has announced its intention to list on the Australian Stock Exchange with an IPO of over $200mn.

Jupiter Mines Limited announced in a statement this week that it has launched a prospectus with the Australian Securities and Investments Commission, amid plans of an Initial Public Offering of 500 million shares at a total value of around A$240mn.

Jupiter Mines has three mining projects in operation, the Tshipi Manganese Mine (South Africa), the Mount Ida Magnetite Project and the Mount Mason DSO Hematite project, both located in Australia.

It is the company’s work on the Tshipi mine, an open pit manganese mine, is the single largest manganese mine in South Africa and the third largest in the world.

Located in the Kalahari Manganese Field, responsible for approximately 80% of the world’s known economic manganese resources, the project exported 3.34 million tonnes of manganese ore in FT18 and “continues to be one of the largest and lowest cost manganese exporters globally.”

In the opening address of the prospectus, the company’s Chairman, Brian Gilbertson specifically pointed to the success of the Tshipi project as a driving force behind the IPO.

“The strong and experienced management team at Tshipi runs a “lean and mean” operation.  Costs are low and tightly controlled. There are no allocated overheads, management fees or interest charges from a distant head office, because it does not exist, unlike elsewhere in the industry. A focus for the immediate future is to continue Tshipi’s record of unit cost reductions, which has characterised the mine since start-up.

Given reasonable commodity markets in years to come, Jupiter expects to continue rewarding shareholders with healthy returns. It is the intention of the Board to target a payout ratio of 70% of the income and cash distributions received by Jupiter from Tshipi é Ntle. That could be in the form of dividends, buy-back offers or returns or distributions of capital to shareholders, subject to the Company maintaining an appropriate working capital balance.