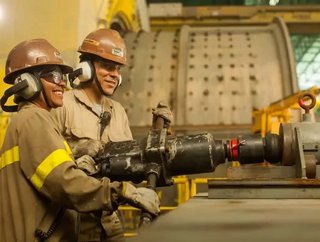 Kinross has filed a new technical report for its Paracatu operation in Brazil - a cornerstone, long-life operation in its portfolio expected to produce...

Kinross has filed a new technical report for its Paracatu operation in Brazil - a cornerstone, long-life operation in its portfolio expected to produce an average of 540 Au koz. annually over 12 years from 2020 to 2031.

Total production over the remaining mine life at Paracatu is expected to increase approximately 24% compared with the prior technical report that was published in 2014.

The new technical report is based on an asset optimisation program that commenced in 2018 and was completed in late 2019 with the successful implementation of a comprehensive grade control program. The results of the program include better characterisation of the orebody, an improved ability to predict and react to ore variability, and better mill efficiency with improvements in throughput and recovery.

The technical report also incorporates continuous improvement programs which have resulted in improved mining rates and increased overall productivity, the addition of renewable power sources with the investment in two hydroelectric power plants in 2018, and the continued successful tailings reprocessing project.

In 2019, Paracatu performance improved significantly due to the benefits of the asset optimisation and continuous improvement programs, with the mine achieving record annual production and reducing cost of sales per ounce sold by approximately 20% over 2018. The new technical report forecasts significant reductions to life of mine operating costs and improved capital efficiency and recovery rates compared with the 2014 report.

Inmarsat joins the Mining Hub to support innovation in Brazil

As previously disclosed in the company’s 2019 year-end mineral reserves and resources update, a newly updated resource model has resulted in the addition of approximately 828 Au koz. to estimated mineral reserves, more than offsetting 2019 depletion of 705 Au koz.

The new report also describes tailings facilities at Paracatu, which meet or exceed regulatory and international requirements and standards of best practice. The facilities are constructed using a modified centerline design and are engineered, compacted, zoned earthfill dams.

Independent assessment of the tailings facilities at site is conducted annually and rigorous maintenance, monitoring, and emergency response procedures and plans are in place, including daily inspections.