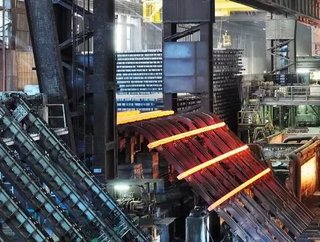 Second largest coal company in US to refocus on steel and coking coal markets after posting £146.8 million quarter loss...

Arch Resources, the second largest coal company in the US, has reported a Q3 loss of £146.8 million, compared with a net income of £81.6 million in the year-earlier period, with revenues dropping from £473.7 million to £292.3 million.

In its statement, Arch reported its quarterly results include a non-cash impairment charge of £124.7 million associated with the write-down of assets at several of its legacy thermal operations.

Coal has lost market share as utilities have shut down coal-fired facilities and switched to generating electricity from natural gas or renewable energy sources, a MarketWatch report adds.

"In keeping with our rapid pivot towards steel and coking coal markets, we are driving forward with a plan to optimise the value of our legacy thermal assets," says Paul A Lang, Chief Executive Officer of Arch Resources.

"We have launched an accelerated effort to evaluate strategic alternatives for our thermal operations, including possible divestiture. Simultaneously, we are finalising plans to shrink the operational footprint at these operations, with a particular emphasis on our Powder River Basin assets, where we are sharply focused on systematically reducing our asset retirement and related mine closure obligations."

The strategic shift follows the company's announcement at the end of September that it will terminate its proposed thermal asset joint venture with Peabody after the U.S. District Court blocked the transaction.

Arch's Powder River Basin mines, which produced nearly 75 million tons in 2019, are expected to produce less than 55 million tons in 2020. Arch is pursuing a plan that could reduce production levels by an additional 50 percent over the next two to three years.

Lang explains that this systematic winding down of Arch’s thermal operations is being carried out in a way that allows the company to continue to harvest cash and fund long-term closure costs with ongoing operating cash flows.

"Just as importantly, we believe that a careful and well-communicated exit strategy is the most responsible way forward for a range of essential stakeholders, including our employees, the communities in which we operate, our longstanding customer base, and the many consumers who continue to rely on coal-based electricity,” he adds.

"We are very proud of the accomplishments and contributions of our thermal operations, which have managed exceptionally well over the last decade in a declining demand environment. We expect that exceptional execution to continue as we adjust the footprint of these assets and continue to address the realities of the marketplace."

The company is looking to refocus on metallurgical coal, which is used in steelmaking. During the quarter, Arch’s core metallurgical segment continued to exhibit tight, disciplined cost control while ramping up shipping volumes in response to a gradually improving market environment.

Metallurgical markets remain in the early stages of recovery. After reaching a recent low of £81 per metric ton in August, High-Vol A pricing assessments have rebounded around 10 percent in recent weeks. Supporting this improvement, global steel prices have jumped more than 30 percent from recent trough levels in all major regions, and steel producers continue to resume operations gradually and selectively at blast furnaces idled earlier in 2020.

In North America, 18 of 27 blast furnaces are now operating – versus just 12 at the low point – and European steelmakers have restarted nearly half of the 25 million tons of capacity that they idled earlier in the year. Asia and South America are following a similar recovery trajectory. In China, steel production is significantly outpacing 2019 levels. Steel mill utilisation rates are slowly but steadily marching higher as well, with US mills operating at nearly 70 percent this past week, versus a recent low of 51 percent in the spring.

Arch believes that the rationalisation of high-cost supply – coupled with the ongoing recovery in global demand – could return the market to relative balance in the near term. Several of Arch's major customers have approached the company about accelerating shipments in recent weeks, and inquiries concerning new business are picking up as well.

During the quarter, Arch secured commitments totalling 1.7 million tons for delivery to North American customers in 2021, at an average fixed price of more than £68.78 per ton. Of that total, 1.3 million tons were High-Vol A quality that garnered more than £71 per ton.

"As we have stated in the past, we believe there is good, strategic rationale for maintaining a solid presence in the North American marketplace, but only at the right price," Drexler says.

"Despite the challenging market environment, we were able to lock in commitments for more than 20 percent of our projected 2021 output, at fixed pricing well above the assessed marks."