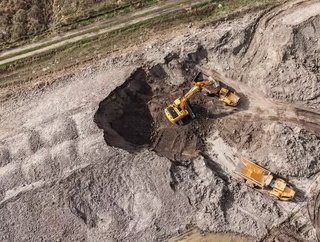 Lydian International, an emerging gold developer in Armenia, has announced the appointment of a new Chief Operating Officer with immediate effect, as th...

Lydian International, an emerging gold developer in Armenia, has announced the appointment of a new Chief Operating Officer with immediate effect, as the company looks to significantly develop its major Amulsar gold project in the country.

Lydian chief Howard Stevenson told investors: "We are very pleased to welcome Andy to our management team and look forward to working with him.

"His experience and leadership skills will be instrumental in the successful development of the Amulsar Gold Project and the operation of Lydian's first gold mine."

Based on an economic study, the Amulsar Project is going to have tangible impacts both directly and through indirect and induced economic activity. More than US$426 million of capital investment is planned to be spent on the project during the first two years of its life.  Over the life of the mine, it is expected to contribute approximately US$488 million to the state budget through taxes and royalties.

Total contribution to GDP will average, annually, US$185 million, or 1.4% of GDP.

This project is going to create highly paid jobs with approximately 95% of employees being Armenian nationals and will involve around 1,300 works for construction during the first two years of the project.  During its eleven years of production, it will provide approximately 770 jobs at the mine, processing facilities, laboratory and in administration.

Production at Amulsar is expected to begin in 2018.