A Memorandum of Understanding: Amur Minerals and Jinchuan International 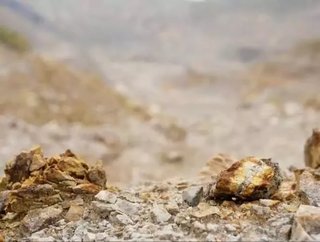 Russian based mineral exploration company Amur Minerals Corporation has announced that it has signed a non-binding Memorandum of Understanding (MOU) wit...

Russian based mineral exploration company Amur Minerals Corporation has announced that it has signed a non-binding Memorandum of Understanding (MOU) with the Chinese company Jinchuan Nickel & Cobalt Research and Design Institute.

The MOU is based around engineering, procurement and construction management (EPCM) activities at Amur’s flagship Kun – Manie project.

A developing mineral exploration company, Amur Minerals is focused on base metal projects in the far east of Russia. Amur Minerals has a key flagship project, the Kun-Manie sulphide nickel, copper project located in Amur Oblast.

There are six members who sit on the board of the company, but today we will focus on just the one as (spoiler) Mining Global will be speaking with him for an upcoming issue of Mining Global Magazine.

So keep an eye out for that.

Robin Young is the Chief Executive Officer of Amur. He has over 30 years of experience in the mineral resources industry, working with large scale projects in remote areas as well as playing a key role in supporting junior mining companies. He became the CEO of Amur in 2004.

Naturally, he is delighted with the MOU agreement.

“We are pleased to inform our shareholders that we are now in a position to add a new phase to the development of our Kun-Manie nickel copper sulphide project,” he said

“Jinchuan possesses the full component of engineering requirements ranging from mining, ore concentration, transportation, smelting and refining primarily related to the production of nickel, copper, cobalt and PGM's, which is a significant factor for Amur.  We are pleased to have entered into this Memorandum of Understanding which could well lead to a long-term cooperative venture with a recognised world leader in the nickel industry."

Amur Minerals acquired Kun-Manie in 2004, which sits 700km northeast of the capital city of Blagoveshchensk on the Chinese border, adjacent to the three largest nickel consuming markets in the world – including China, Japan and South Korea.

As of this moment, Amur is in the process of updating the existing Pre-Feasibility Study to reflect inflation of operating and capital costs, a newly implemented and decreased profits tax schedule, improved metallurgical recoveries, decreased smelter penalties, substantial increases in the resources as a result of step out and in fill drilling, and the design of updated ultimate pits with reserves.

With a drill defined total of 726,000 tonnes of nickel and 206,400 tonnes of copper, as well as he containing minor cobalt, gold and silver, Kun-Manie is currently one of the 20 largest nickel copper sulphide projects in the world with substantial potential to further expand the resource immediately adjacent to four of the five drill identified deposits.

The largest nickel producer in China and the third largest internationally, Jinchuan Group is a Joint Venture partner in several base metal mines in Asia, South America and Africa.

The company has two main mines in operation in the Central African Copperbelt, Ruashi copper and cobalt mine in the DRC and the Chibuluma copper mine in Zambia.

The chairman of the company is a Dr. Yang Zhiqiang, who joined the Jinchuan Group back in 1982 and has held a number of positions, making him the ultimate company man. He has over 30 years of experience in resources development, mine construction, large-scale metal selection and group production, marketing and capital management.

A match made in heaven for Robin Young and Amur Minerals.

The October issue of Mining Global Magazine is live!