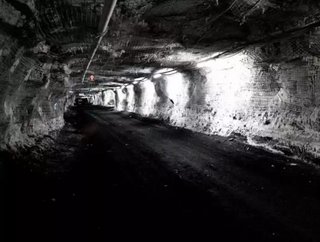 The strong Australian dollar had done a number on the coal mining sector in Australia in the past few years, and things look like they will continue in...

The strong Australian dollar had done a number on the coal mining sector in Australia in the past few years, and things look like they will continue in much of the same vein for the short term. BHP’s global coal president Dean Dalla Valle and Rio’s energy CEO Harry Keynon-Slaney cite not only the strong Australian dollar, but the added pressure of high costs and equally high taxes as problems plaguing the industry.

The $60 billion coal sector has already cut 12,000 jobs in the past two years, and further mine closures and job losses are expected this year. Companies like BHP and Rio, and Glencore, Vale and Peabody energy are all experiencing similar trouble in these tough times, and many operators are not making money at current prices.

Rio's Keynon-Slaney commented on the state of the industry, saying that "the big established and high-quality resource bases where there are efficient and effective operations will have to continue this relentless cost drive – they will probably survive, but there are going to be some operations that are challenged."

For example, industry experts believe that around 10 percent of mines in Queensland are in a delicate position, specifically in regards to lower-grade coking and thermal coal. The state's output is currently producing at a loss, including half of all thermal coal production. New South Wales is seeing similar numbers.

To combat the tough market, decisions regarding the long-term goals of the company need to be made. The tight situation has become even tighter in the last six months, and the relief is not yet on the horizon.

Miners are remaining relatively confident regarding the long-term outlook. And for BHP and Rio, belts have had to be brought in, but both are operating at a profit as the lowest cost producters in the country. Rio is looking to deliver record-level productions with their thermal operations, and BHP is also running at capacity.