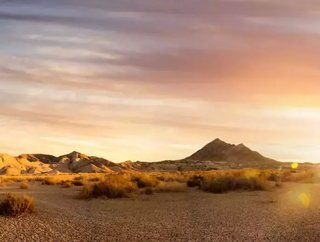 A leading Canadian copper producer has unveiled pans for an optimised underground mine operation and appointed a new Chief Operating Officer in the proc...

A leading Canadian copper producer has unveiled pans for an optimised underground mine operation and appointed a new Chief Operating Officer in the process.

A pre-feasibility study at the site has just been completed, which confirms Pumpkin Hollow as a large scale open pit and underground project with reserves of 5 billion pounds of copper, 0.76 Mozs of gold and 27.6 Mozs of silver.

The study also revealed that the project, which stands to date as the only fully-permitted copper project of scale in the United States, will only require a small $182mn in initial capital.

Following the strong results from the feasibility study, Nevada Copper has also announced the immediate appointment of a Vice President and Chief Operating Officer in Phillip Day.

Mr Day has significant project construction experience, overseeing a $1bn gold study for AngloGold Ashanti, worked in senior roles in AME Americas and BHP Billion to name but a few.

“I am excited to join Nevada Copper. I see significant opportunities at Pumpkin Hollow, as we now have a robust underground project ready to advance into construction in the near term,” said Day.

“The ability to leverage the existing infrastructure and previous studies will allow us to significantly de-risk project development. Importantly, for the flagship Pumpkin Hollow Open Pit, I also see substantial scope for optimization and value creation that can be advanced in parallel with the near-term production from the underground mine.”