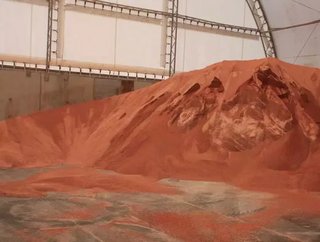 A leading global provider of cable and cabling solutions has been chosen as the key partner to power what will become the largest potash mine in the wor...

A leading global provider of cable and cabling solutions has been chosen as the key partner to power what will become the largest potash mine in the world.

Nexans, providers of cable and cabling solutions to a number of sectors including power transmission, energy and construction, has been awarded an eight-year contract to work on the K3 Potash mine, Canada.

The mine is owned and operated by Mosaic, the world’s leading integrated producer and marketer of concentrated phosphate and potash.

The contract comes as the company is investing $1.7billion in the expansion of the K3 facility in Canada, which will become the largest potash mine by 2024.

Through the expansion project, over an eight-year period, K3 will have an expanded capacity from three million tonnes to 21 million tonnes.

Construction begins on the £2.4bn Potash project from Sirius Minerals

The Mosaic Company chose Nexans for its ability to deliver high-quality, innovative cables designed to last longer in the harshest mining environments. Nexans will also provide its industry-leading mine site cable training, education and engineering support.

“We look forward to supporting Mosaic K3’s ambitious growth plan in the framework of the contract that reinforces Nexans’ position as the cable solutions leader in underground and open pit mining,” said Steven Vermeulen, Nexans Executive VP Americas. “This agreement builds on a 10-year relationship between our organizations as well as a strong cooperation with our distribution partner, whose ability to handle logistics and cable management perfectly complements our superior and proven solutions.”