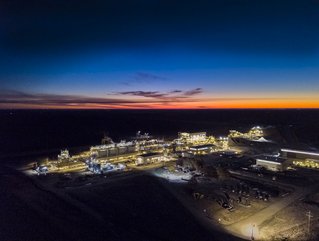 OceanaGold has announced that its President and CEO Mick Wilkes is stepping down from his position and the board for personal reasons.

Wilkes joined OceanaGold in 2010 and led the transformation of the Company from a single asset operator in New Zealand to a successful mid-tier gold mining company operating four mines across three jurisdictions. Mick was instrumental in the development of the Didipio Gold-Copper Mine and the subsequent commencement of commercial production in 2013.

In 2015, Mick led the acquisition of both the Waihi Gold Mine and Romarco Minerals, Inc. which saw the addition of the Martha and Haile Gold Mines to the OceanaGold portfolio of assets. The Haile Gold Mine went into commercial production in 2017 and since acquisition there has been enormous exploration success at Waihi. Both of these assets are now firmly part of the long-term future of the Company.

Ian Reid, Chair of the Company, commented: “On behalf of the Board and everyone at OceanaGold, I would like to offer my heartfelt thanks to Mick for his significant contribution and dedication to the Company over the last 10 years. We respect Mick’s desire to spend more time with his family and wish him well for his future endeavours.”

Wilkes said: “It has been an honour and a privilege to lead OceanaGold for close to 10 years. Over that time, the company has grown from a junior mining company to a high-margin, multinational business that is highly regarded for its operating capability in the gold sector, and has a strong future through its world class assets. I am very proud to have worked with so many talented and committed mining people who have positively impacted the lives of so many others in the communities in which we operate.”

Mining Global spoke with Mick Wilkes back in January. “I’ve learned a few tricks along the way,” he told us. ““I think it's important to make sure people know where OceanaGold is going as a company with a clear vision. Mining is a transition industry for development and kickstarts the transformation of the economy and society in ways that all areas can benefit from. We’re sticking to that vision and doing the job properly for the long run.”

Holmes has also been appointed to the Board of Directors, effective immediately. Reid commented: “Michael is a very experienced mining executive who has been with the company for over 7 years. He has a deep understanding of OceanaGold’s business and is highly respected within the organisation and well regarded throughout the industry. The Board firmly believes that the company is in good hands and thanks Michael in accepting the acting role. The Directors look forward to working with him in implementing the company’s strategic priorities.”