Overcapacity to lead to renewed focus on productivity 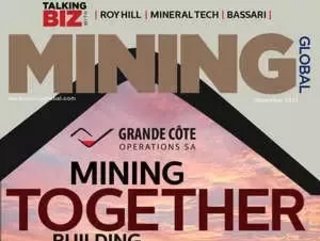 The issues contributing to the continued fall in production include the increasing depth of operations, continued declines in productivity, ageing infrastructure and falling gold grades.

With increased travelling times for workers to reach work areas, the actual amount of time spent on production has diminished.

Research conducted by the Chamber of Mines showed that if there is no substantial change in the mining methods used, local gold mining could cease in 2033.

The issue of productivity in mining is not confined to just South Africa. On 31 December 2017, after 107 years of operations, Porcupine Gold Mines’ Dome underground mine in Ontario, Canada, ceased operations, with low productivity cited as a factor it its closure.

Likewise, the issue is not solely a concern for gold miners. Worldwide mining operations were as much as 28% less productive in 2015 than a decade ago, according to McKinsey research.

Furthermore, it also has a knock-on impact for those businesses supplying equipment and services to the industry.

“The focus right now is not on capacity. We are not building a lot of new plants. What we are more focusing on is the productivity part, and helping our customers – earning more money.

“There is an ongoing consolidation in the market, and also a focus on actually starting to earn money, because the productivity, especially in the mining side, has been sacrificed for years over capacity.

“Three years ago, four years ago, it was mainly about capacity,” said Søren Grubbe, VP of Supply Chain, FLSmidth.

“Now there's overcapacity. Now we need to take the other approach and say, we need to optimise what we have.”

Some within the mining industry have long embraced this approach, optimising the resources already available.

Productivity of workers at Coal India has doubled in the past 10 years.

The company now produces 50% more coal with two-thirds of the manpower 10 years ago, thanks to higher utilisation of machines.

According to the Coal Controller of India, output per shift — the quantum of coal each worker producer during a single shift — at the state-run company has increased from 8.6 tonnes for opencast mines in 2007-08 to 16.57 tonnes in 2017-18.

Coal India's average productivity per employee has increased to 1,787 tonnes a year from 821 tonnes.

The company, however, is very much bucking the prevailing trend. Productivity, on both a volume and cost basis, has been declining significantly in the mining industry since 2000, according to EY.

EY research also reveals that mining labour productivity in Australia has declined by about 50% since 2001, by nearly 30% from 2009 to 2012 in the US coal sector and by an estimated 35% since 2007 in the South African gold sector.

With this in mind, the need to refocus on productivity is more pressing than ever.