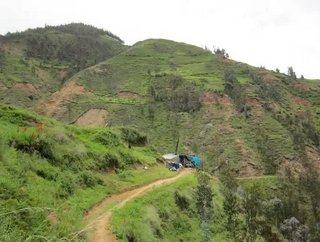 The world’s second biggest copper producer looks set to build a multibillion dollar railway, as it anticipates a huge surge in copper production in th...

The world’s second biggest copper producer looks set to build a multibillion dollar railway, as it anticipates a huge surge in copper production in the coming years.

The government of Peruvian President Pedro Pablo Kuczynski told Reuters this week that it was evaluating a $2.4billion railway project.

The project, dubbed a “mineral railway”, would be constructed to transport mineral concentrates of copper and iron ore from the copper-rich region of Andean to the Pacific coast for export.

Peru is anticipating production of copper to reach as high as 3 million tonnes by 2021.

The southern copper belt in Peru will be a “key source of the country’s future copper output.”

The proposed railway would start in the highland region of Apurimac and stretch 600 km (373 miles) to the coast, carrying concentrates from Chinese-owned MMG Ltd’s Las Bambas mine and other copper and iron projects slated to come online in the next 15 years.

There is also the significance Haquira project, one of the world’s major undeveloped copper deposits under the ownership of First Quantum. The deposit has measured and indicated resources of 3.7 million tonnes of contained copper equivalent. There is also the Cotabambas project, owned by Panoro Minerals, a copper-gold-silver project with an indicated mineral resource estimate of 117.1 million tonnes.

No official movement has been made, nor official comment as yet, but Peruvian President Pedro Pablo Kuczynski did admit that the volume of materials would “require more efficient transportation solutions, such as a railway,”