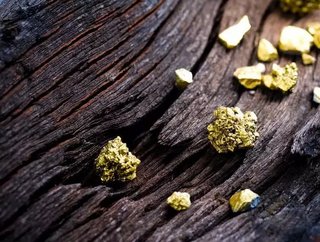 A Canadian copper and gold producer, explorer and developer has released a mineral resources and reserves estimate for its flagship mine, revealing a pr...

A Canadian copper and gold producer, explorer and developer has released a mineral resources and reserves estimate for its flagship mine, revealing a profitable mine operation for the next 20 years.

Rambler Metals and Mining, a TSX listed Canadian copper and gold producer, has released the results of its latest mineral resources and reserved estimate for the Ming copper-gold mine in Newfoundland and Labrador, Canada.

The results show a contained copper mineral reserve at around 328 million pounds, with 114 thousand ounces of gold.

In an update of a previous estimate, mineral resource tonnes (M+I) have declined from the 2015 estimate by 18%, however, the copper grade has improved 9% and gold grade by 14%. The change in measured and indicated resources is a result of an extensive diamond drilling program.

Over a planned 20-year life-of-mine, ending 2037, the project will produce 514 thousand tonnes of high grade copper concentrate containing saleable metal of 312 million pounds of copper and 57 thousand ounces of gold.

Rambler Metals and Mining was established to invest in the base metal sector in politically stable jurisdictions. The Ming Copper-Gold Mine is located on the Baie Verte Peninsula of Newfoundland and Labrador, Canada.

Rambler's Strategic Vision is the be the leading mine operator and resource developer in Atlantic Canada.

First production from the mine began on November 28, 2011 from the 1806 gold zone. Production from this zone continued up to early May 2012, having produced 14,918 ounces of gold ore at Nugget Pond mill. Live ore commissioning of the copper concentrator began on May 14, 2012. At the end of fiscal Q1 2013, Rambler had 6,000 tonnes of wet copper concentrate stored at their Goodyear's Cove storage facility, awaiting shipment by Transamine Trading. The company subsequently declared commercial production on 1st November 2012, which was the start of its 2Q 2013 reporting period.