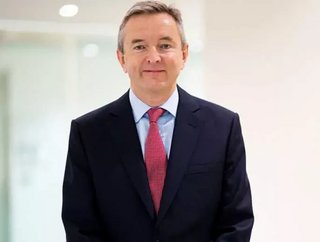 Rio Tinto has reshuffled its board with the announcement of a new chairman. The mining giant has announced that Simon Thompson has been appointed as it...

Rio Tinto has reshuffled its board with the announcement of a new chairman.

The mining giant has announced that Simon Thompson has been appointed as its next chairman, succeeding Jan du Plessis who is to step down after almost nine years as the current chairman.

Thompson, who has been with the company since 2014 acting as a non-executive director, will take up his new role in March 2018.

He has over 20 years’ experience in the mining industry, working across the entire globe for some of the biggest players.

From 1995 – 2007, Thompson worked in a number of senior positions for Anglo American plc. These included chief executive of the Base Metals Division, chairman of the Exploration Division and chairman of Tarmac.

Thompson has also served as a non-executive director on the boards of AngloGold Ashanti, Rusal and Newmont Mining Corporation.

His most recent role saw him as the chairman of 3i Group since 2015 while also serving as chairman of Tullow Oil from 2012 to 2017.

Rio Tinto senior independent director Ann Godbehere said “The Rio Tinto board would like to thank Jan for his significant contribution as chairman of Rio Tinto. He led the board during considerable transformation of the company.

“The board is delighted to have appointed Simon to chair Rio Tinto. He brings to the role a deep understanding of the mining industry, as well as a strong track record as a non-executive.”

Simon Thompson said “I am honoured to accept this role and to succeed Jan as chairman. Rio Tinto is in great shape, with a strong management team, world-class assets and a successful strategy. I look forward to leading the board as we work with J-S and his team to ensure that Rio Tinto continues to deliver superior returns for its shareholders by maintaining its capital discipline and ‘value-over-volume’ approach”.

Rio Tinto chairman Jan du Plessis said "I am really pleased to be succeeded by Simon, especially given how closely we have worked together since he joined the board some three years ago. I wish him the very best. I am handing over the baton at a time when the business is in great shape and Rio Tinto has the strongest balance sheet in the sector”.