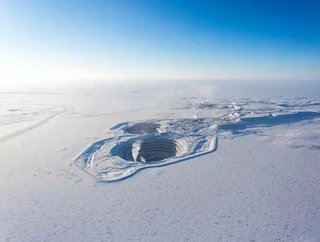 The final diamond pipe has been completed and unveiled at one of the worlds most successful diamond mine operations. Rio Tinto officially opened a fou...

The final diamond pipe has been completed and unveiled at one of the worlds most successful diamond mine operations.

Rio Tinto officially opened a fourth diamond pipe, known as A21, at the company’s Diavik Diamond Mine in the Northwest Territories, earlier this week.

The pipe, which will be an “important source of incremental supply” over the next four years, is part of a $350 million construction investment announced back in November 2014.

“It is a remarkable achievement to deliver this project safely and ahead of time in such a challenging environment, positioning Diavik to continue meeting the demand for its outstanding diamonds.”

The Diavik Diamond Mine, located 300 kilometres northeast of Yellowknife, capital of Canada’s Northwest Territories, began production in 2003 and became a fully underground mining operation in 2012. The mine produces predominantly gem-quality diamonds destined for high end jewellery in all major consumer markets around the world.

Since 2003, the Diavik mine has produced over 100 million carats.