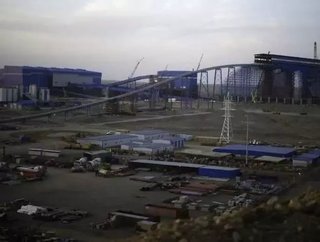 The development of the Oyu Tolgoi underground mine in Mongolia took an important step forward today with the signing of a US$4.4 billion project financi...

The development of the Oyu Tolgoi underground mine in Mongolia took an important step forward today with the signing of a US$4.4 billion project financing agreement.

Oyu Tolgoi has secured Project Finance for the underground mine development with funding by international financial institutions and export credit agencies representing the governments of the United States, Canada and Australia, along with 15 commercial banks.

Today’s signing in Ulaanbaatar follows the agreement earlier this year of the Oyu Tolgoi Underground Mine Development and Financing Plan by the Government of Mongolia, Turquoise Hill Resources and Rio Tinto, which set out a pathway towards development, including the basis for the funding of the project.

Rio Tinto and all Oyu Tolgoi shareholders will now continue to work towards updating the feasibility study, including the revised capital estimates, and securing all necessary permits for the development of the underground mine. Once these steps have been completed the project will be submitted to the various boards for approval and the $4.4 billion tranche will be drawn down.

Rio Tinto Copper and Coal chief executive Jean-Sébastien Jacques said: “This Project Finance agreement is significant in the industry and is the next important step towards further development of the world class Oyu Tolgoi mine in Mongolia.

“This kind of mining development partnership model sets the industry benchmark for future schemes and underscores Rio Tinto’s commitment to responsible and prudent growth. Long-term copper fundamentals remain strong and Oyu Tolgoi as a tier one asset will be a globally important source of supply as the market moves back into structural deficit over the next few years.” EDC, EBRD, IFC and BNP Paribas acted as Initial Mandated Lead Arrangers and Standard Chartered Bank as Initial Lead Arranger. BNP Paribas was the sole bookrunner of the $2.34 billion facilities funded by the commercial banks, together with EBRD and IFC on their respective B loans.

The parties have agreed a debt cap of $6 billion, providing the option for an additional $1.6 billion of Supplemental Debt in future.

Based in the South Gobi region of Mongolia, Oyu Tolgoi is one of the largest undeveloped high-grade copper deposits in the world. Oyu Tolgoi has a workforce that is 95 percent Mongolian and Oyu Tolgoi LLC has paid $1.3 billion in taxes, fees and other payments to the Government of Mongolia to date.

Construction of an open-pit mine was completed on schedule in less than 24 months and production started in 2013. More than 1.5 million tons of copper concentrate have now been produced from Oyu Tolgoi.

While all of the copper concentrate currently produced is from the open pit mine, more than 80 percent of the value of the Oyu Tolgoi lies in the proposed underground mine. All funding and work on the development of the underground mine was delayed in July 2013 but the Oyu Tolgoi Underground Mine Development and Financing Plan, agreed in May 2015, resolved key outstanding shareholder issues and set out an agreed basis for the funding of the project.

Some $6.4 billion has been invested to develop the open-pit mine at Oyu Tolgoi, with an additional $500 million of capital costs for initial development of the underground mine.