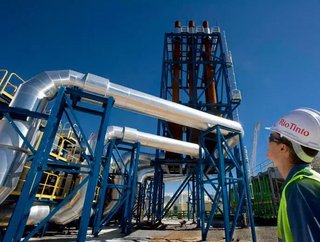 Rio Tinto, the major mining company, has announced that it has signed a Memorandum of Understanding with the Government of Serbia to work on the Jadar P...

Rio Tinto, the major mining company, has announced that it has signed a Memorandum of Understanding with the Government of Serbia to work on the Jadar Project.

The understanding will see the two bodies work together to progress the project through study phase and permitting phase.

The Jadar Project is a lithium project based in Serbia. A world-class lithium borate deposit, the project has the potential to supply 10% of the world’s demand for lithium and borates.

The reserve, following an assessment, has a geological resource of more than 200 million tonnes.

Currently in the prefeasibility stage, a number of studies are being conducted by a team of international experts and disciplines to further assess the technical and economic viability of the project.

With the global demand for lithium on the rise, Jadar is significantly placed to become a major player in the future lithium market.

“A project of this magnitude requires time and expertise to design and bring into operation. We can only do this with the support of the Serbian government and local community.”

Prime Minister of Serbia Ana Brnabić, who met with the Rio Tinto representatives before attending the signing of the MOU, said “In order for our domestic economy to develop evenly, it is necessary to initiate economic development at the local level, and the Jadar project will significantly contribute to the development of Loznica and the entire region. The project engages domestic and global experts who, apart from socio-economic parameters pay special attention to environmental protection, without which further progress in unthinkable. Rio Tinto has, so far, invested $US90 million in the Jadar project, and the production start is planned for 2023, which confirms both the long-term character of the project and its stability. By increasing investment in Serbia, economic growth is directly accelerated and that is the precondition for improving the quality of life of each citizen, which is the most important task of the Government of Serbia.”

Rio Tinto is expected to start construction in 2020, with the first production, based on a new processing technology of Jadarite that the company has developed, expected to commence in 2023.