Rockwell Diamonds Looking to Add Another Diamond Mine to its Portfolio 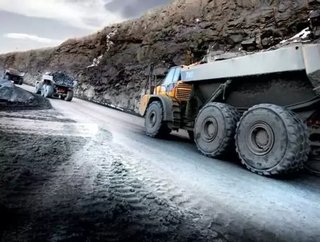 Rockwell Diamonds, owner of alluvial diamond mines in the Northern Cape and North West provinces in South Africa, is strategizing innovative ways to bring its Wouterspan property into production without significant upfront capital costs, according to CEO James Campbell.

In February, Rockwell brought two new mines—Saxendrift Hill Complex and Niewejaarskraal—on board, doubling their production capacity to 340,000m³ of gravel a month. Rockwell’s long-term goal is to mine 500,000m³ of quality gravel per month.

Rockwell now owns and operates three mines on the Middle Orange River and derives royalty revenue from its properties at Tirisano in North West, which are mined by third parties. Additionally, the company earns revenue from a joint venture in diamond cutting and polishing.

In an interview, Mr. Campbell said the first step towards the 500,000m³ production target would be incremental development at Niewejaarskraal, which is already delivering its expected value. Secondly, Wouterspan would need to be opened and process at least 350,000m³ a month to be economically viable.

Building Wouterspan as a conventional opencast diamond mine would be a costly undertaking, but Rockwell favored the internally funded and phased approach that it demonstrated in developing its two newest mines. Rockwell also needs to upgrade its mining fleet in order to increase efficiency.

Mr. Campbell said that the company has no plans to buy an expensive new fleet. A solution that did not involve a large capital outlay and was deemed appropriate for the small mining company had been found, with details to be announced in the next month.

By the end of the fiscal year in February, Rockwell had used C$1.7m of its overdraft. Although it generated net positive cash flow of C$2.7 million from operations, it spent C$8.7 million on its plant and equipment. This was mainly on the dense media separation, infield screen and bulk X-ray plant at Niewejaarskraal.

Mr. Campbell said that the rise in production costs was partly due to the fact that the Saxendrift Extension was 6km from the recovery plant, leading to additional transportation costs. It also resulted from the high costs of maintaining an aging mining fleet.

Rockwell Diamonds was founded in 1988 and is headquartered in Vancouver, Canada.