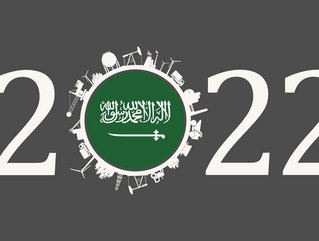 Saudi Arabia is inviting companies to register in the second licensing round of Umm Ad Damar at an event in The Landmark London this morning, which will be headed by His Excellency Bandar Al Khorayef, Minister for Industry and Mineral Resources.

The qualification stage will be finalised by July 17. The event, part of the Saudi Mining Roadshow, also sees the launch of the third licensing round for Muhaddad.

The mining sector is set to become the third pillar of Saudi industry with four-times GDP contribution by 2030. The Kingdom has a significant mining industry and diverse mineral resource with an estimated value of $1.3trn.

Following a recently revised Mining Investment Law, along with a revamped legal and regulatory framework, investors will receive a "simple, transparent process when applying for a license and setting up operations," according to a statement.

Financial incentives include co-funding of up to 75% of CAPEX through the Saudi Industrial Development Fund (SIDF), a five-year royalty holiday for miners and 30% reduction on downstream process.

Earlier this year, Founder and executive chairman of Ivanhoe Mines, Robert Friedland, highlighted the largely unexplored, mineral-rich Arabian-Nubian Shield region and believes there is potential in the south of the Craton in Oman and Yemen, and across the fault into North Africa.

"We think the [Arabian Shield’s] potential is limitless for diamonds, rare earth, lithium, copper, gold and other minerals we haven't even thought about. It's big. It's unexplored, and it's blessed by cheap energy, at the bottom of the world cost curve, with new infrastructure, and proximity to markets.”

The license winner for Khnaiguiyah site, the first to be offered under Saudi Arabia’s new mining law, is set to be announced in Q3.

The site is the largest exploration site in the Kingdom covering an area of more than 350sqkm with copper and zinc deposits.