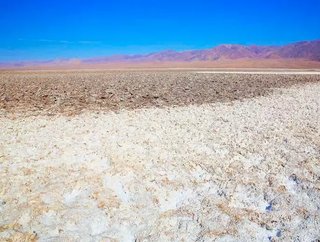 A global diversified company, with a vast portfolio spanning a number of resources including lithium, has released an update to a major lithium expansio...

A global diversified company, with a vast portfolio spanning a number of resources including lithium, has released an update to a major lithium expansion project.

Sociedad Quimica y Miunera de Chile S.A (SQM) embarked on an ambitious lithium expansion plan for its Chile operations earlier this year and has since updated the market as to the progress on this expansion.

The execution of the first phase of this expansion plan is considered a “complete overhaul of the current lithium carbonate plant by changing and upgrading key components and implementing state of the art technology.”

“The completion and ramp-up of the plant has taken approximately five weeks more than anticipated mainly due to the calibration and fine tuning of some of the new components. During this period, the plant produced approximately 4,000 MT less battery grade product than originally anticipated,” the company said in an update.

Patricio de Solminihac, CEO of SQM commented: “It has been an ambitious project that in a short timeframe considers technical and operational challenges allowing us to not only increase our sales volumes, but also meet the lithium quality standards required by our customers”. Then he continued: “We knew that overhauling and ramping up the plant at this moment would be challenging; we have very low inventories, the demand growth is strong, and our customers are requiring complex technical specifications. We didn’t want to wait to move forward with these plans, as these conditions were not expected to change in the near future. We have built the most cutting-edge lithium carbonate plant in the world, with the lowest investment, totalling less than US$4,000 per ton of additional capacity.”

Chile's Zaldivar mine to operate with 100% renewable energy

“Within the next week, we expect the lithium carbonate plant to be producing high quality product at 80% nameplate capacity, and reach its full capacity in mid-November. With respect to the expansion of the lithium hydroxide plant, it is being completed on time, and we expect it to reach full capacity by the end of November.”