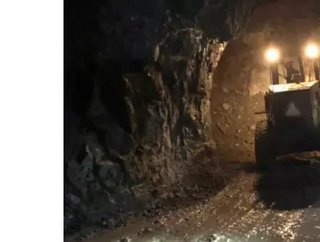 Telson Mining Corporation has arranged $25 million financing to restart the construction and ramp up of its fully owned Tahuehueto Gold mine project...

Canada-based Telson Mining Corporation has arranged $25 million financing to restart the construction and ramp up of its fully owned Tahuehueto Gold mine project with pre-production targeted within 10-12 months and full scale production within 12-14 months.

Telson, Accendo Syndicate and Trafigura Mexico S.A. de C.V. have also executed an MoU that provides a non-binding framework with terms to be used by the parties to negotiate the potential entry into the Definitive Agreements of the proposed transactions.

Capex required to complete mine construction and commissioning is estimated at $15.4 million which includes $12.6 million for equipment and construction, including a 15% contingency, plus $2.8 million of working capital to support operations until the mine achieves positive cashflow, following a proposed three-year payback period.

Tahuehueto, located in Mexico's north-western Durango State, will produce gold, silver, lead, and zinc in concentrates within its own on-site mineral processing facility, and has a designed capacity of at least 1,000 tonnes per day. It consists of 28 mining concessions grouped into five non-contiguous blocks that total approximately 7,492 hectares.

In addition, Telson Mining has announced the retention of Peak Investor Marketing Corp., a boutique firm which provides full-service marketing and consulting services focused on the junior mining sector. The contract is for one year, with a fee of $12,000 per month.

Operations at Campo Morado - a polymetallic base metal mine - during Q4 2020 showed a steady increase in production with December throughput production increasing to 57,081 tonnes of mineralized material processed, resulting in 3,756 tonnes of zinc concentrate and 740 tonnes of lead concentrate for the month. Estimated revenues for the quarter, net of all concentrate sale deductions such as treatment charges and penalties, were approximately US$8,766,889.

All transactions are subject to TSX Venture Exchange approval.