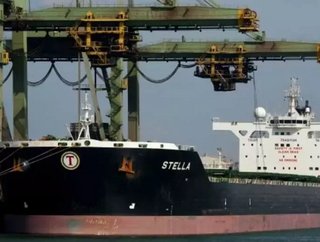 Vale is Brazils premier mining company, and is currently a worldwide leader in iron ore exports. As such, the company has acknowledged the need for a...

Vale is Brazil’s premier mining company, and is currently a worldwide leader in iron ore exports.  As such, the company has acknowledged the need for a new export port in northern Brazil, and is investing a reported $2.9 billion into the construction of the Ponta da Madeira terminal.  The terminal will become the country’s largest port by volume.

The terminal will be located near the port of Itaqui in northern Brazil’s Maranhao state, which has seen a boom in business in recent years, particularly in food and iron ore exports.

The global rise in commodities prices has bolstered a healthy trade surplus in Brazil, poising the country for increased exports.

SEE OTHER TOP STORIES IN THE WDM CONTENT NETWORK

CERAWeek 2011 in Review: Natural Gas the Solution to Oil Shortfall

Mining Helium-3 will Transform the Dark Side of the Moon

Types of Biofuels: Ethanol, Biodiesel, Biobutanol, and the Companies that Make Them

Upon completion, the Ponta da Madeira port will have a 150 million ton capacity, which is still only half the 300 million tons-per-year total volume of iron ore exports.

"We don't stop investing and innovating. Vale's investments in infrastructure are the biggest ever made in the country, resulting in efficient logistics for our customers," said Vale's integrated operations Executive Director Eduardo Bartolomeo.

Vale has invested approximately $9 billion in infrastructure development throughout Brazil over the last six years, and is planning to invest an added $5 billion on railroad links to the new port.