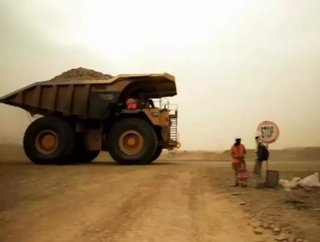 One of the most important things a mining company can do in host communities and countries is give back. Whether thats providing jobs and education or i...

One of the most important things a mining company can do in host communities and countries is give back. Whether that’s providing jobs and education or investing into new opportunities, mining companies have a responsibility to give back.

Canada-based Kinross Gold has unveiled a new video showcasing the company’s initiatives at its Tasiast gold mining operations in Mauritania, North Africa.The company is setting the bar high, giving the mining sector something to strive for.

“The most significant impact our Tasiast operation has is through the direct employment of 1,495 workers and 2,322 contractors, almost 90% of whom are Mauritanian nationals,” the company’s website states.

“Many of the people living in the vicinity of the mine do not have the skills or education to take on technical roles, so Kinross has implemented competency-based employment and established training programs to help non-skilled Mauritanians gain access to job opportunities at the mine.”

In addition to being the country’s largest employer, Kinross is providing well-paid jobs, purchasing from local suppliers and investing in community developments as well as supporting the country’s tax base.

According to a 2013 survey by Mauritanian sociologists, the number of local households living below the extreme poverty line has been reduced by more than 50 percent since 2011. The unemployment rate has also declined, dropping from 47 percent to 24 percent.

The Canadian company is also empowering local entrepreneurship. Kinross has partnered with the Dawas Co-operative for Development, the local community co-operative to build capacity and identify business opportunities. In doing so, Kinross provides 35 members with training in organization skills and bookkeeping as well as in basic literacy and numeracy.

By supporting and partnering with local communities, Kinross Gold has become a major contributor to the country’s economic base as well as building the workforce of tomorrow.