What does Rio Tinto’s $1.5bn Utah mine expansion mean for copper? 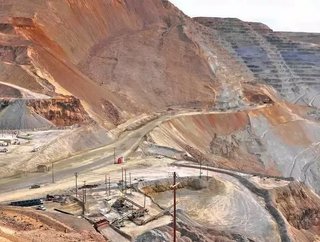 Rio Tinto has announceda $1.5bn investment to expand its Utah copper mine Kennecott which will expand operations to 2032. The move reflects a growing t...

Rio Tinto has announced a $1.5bn investment to expand its Utah copper mine Kennecott which will expand operations to 2032.

The move reflects a growing trend for miners to invest in strategic mineral projects across the United States. The investment will further extend strip waste rock mining and support additional infrastructure development in the second phase of the South Wall Pushback project, to allow mining to continue into a new area of the ore body and deliver close to one million tonnes of refined copper between 2026 and 2032. It will also allow further exploration of the deposit and options for mine life extension.

Rio Tinto chief executive J-S Jacques commented: “This is an attractive, high value and low risk investment that will ensure Kennecott produces copper and other critical materials to at least 2032. The outlook for copper is attractive, with strong growth in demand driven by its use in electric vehicles and renewable power technologies, and declining grades and closures at existing mines impacting supply.

“Kennecott is uniquely positioned to meet strong demand in the United States and delivers almost 20% of the country’s copper production. North American manufacturers have relied on high quality products from Kennecott for the past century and this investment means it will continue to be a source of essential materials into the next decade.”

Mines and Money London: “Copper demand is going to be psychedelic!”

Rio Tinto’s plan more than doubles the mining industry’s recent investment in American copper projects, as Tesla Inc and other automakers demand more of the red metal for electric vehicle motors and other components.

The Kennecott mine produces nearly 20% of US copper production, along with gold and silver. Rio Tinto operates one of three US copper smelters at the site.

Utah Governor Gary Herbert said: “This significant investment will continue to fuel economic growth and employment for many years. I am grateful to Rio Tinto for continuing to invest in Utah. They have shown commitment to business in our state, and we are grateful to them for being upstanding corporate citizens in our community.”

Earlier this year, Rio Tinto announced that it would cut the carbon footprint associated with operations at Kennecott by permanently closing its coal fired power plant and sourcing renewable energy certificates.

Jacques added: “Kennecott will be supplying customers across North America with products that are not only produced in the region but responsibly mined with a significantly reduced carbon footprint.”