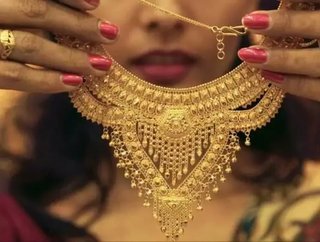 A national hallmarking system is an essential component of a successful gold monetization scheme in India according to the World Gold Council. A new...

A national hallmarking system is an essential component of a successful gold monetization scheme in India according to the World Gold Council.

A new report, Developing Indian Hallmarking – A roadmap for future growth, released today by the World Gold Council, finds that improvements to the hallmarking system in India are essential to a successful gold monetization scheme.

The report provides an in-depth assessment of the current Indian hallmarking system and a summary of international best practice methods. It recommends a number of steps to enhance the current system which, if implemented, would rebuild trust in the purity of Indian gold, giving consumers greater confidence in the caratage of their gold purchases.

• Related content: The Who's Who of the World Gold Council

The report also finds that an increased confidence in Indian gold, which a rigorous and consistent nationwide scheme would deliver, has the potential to increase the country’s gold exports from an existing US$8 billion to US$40 billion by 2020.

Since the introduction of a hallmarking standard in 2000 by the Bureau of Indian Standards (BIS) India has made good progress in developing its hallmarking system. However, only 30 percent of Indian gold jewelry is currently hallmarked. There are widespread differences in purity and an average under-caratage of anywhere from 10 percent to 15 percent.

The report highlights that a lack of BIS-recognized hallmarking centers across the country is also likely to have an impact on the successful implementation of the Indian Government’s gold monetization scheme which is dependent upon the collateralization value of gold.

Commenting on the launch of the hallmarking report Somasundaram PR, Managing Director, India, World Gold Council said: “A credible hallmarking system with a widespread presence of assaying and hallmarking centers is essential for both the gold jewelry industry and for the implementation of a successful monetization scheme. Hallmarking is to jewelry what ’know your customer’ norms are for financial services it is essential to the success of the jewelry industry in a world where consumers seek transparency, quality and consistency and is critical to building consumer trust and confidence.

The trust and confidence which comes with a credible nationwide hallmarking system will underpin the growth of gold jewelry exports, boosting the Indian industry’s credibility in the global jewelry sector. It is a fundamental requirement if the industry wants to have a bigger role in the ‘Make in India’ ambition and eventually position India as “jeweler to the world’. In addition, the quality of gold would be a critical element for the success of the gold monetization scheme”.

• Use BIS data to develop a ratings system for jewelers

• Pursue membership of the International Hallmarking Convention or develop an Asian alternative.

In the long term, the report recommends hallmarking should be made mandatory and recommends a transition to a manufacture-driven system which would drive consolidation within the unorganized jewelry manufacturing industry. Furthermore, the report is clear the development of a more stringent system would deliver huge benefits to the Indian gold market including: increased trust amongst overseas buyers and financial markets, resulting in a larger export market, a stronger domestic market and job creation across the spectrum.