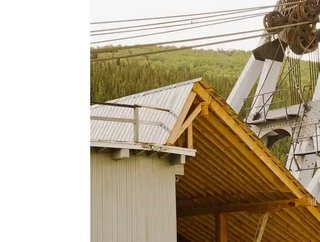 The Yukon government in Canada has rejected ATAC Resources’ proposal for an access road to the company’s Tiger Gold Deposit northeast of Keno City, citing reasons including opposition expressed by the First Nation of Na-Cho Nyäk Dunn (FNNND).

The stated reasons for the rejection of the proposal highlight the concerns of FNNND about the impact of a four-season road into the undeveloped area, which is located within its traditional lands, according to local media reports.

In a statement, ATAC Resources criticised the rejection of the proposal, which consisted of an application to construct a tote road to the Tiger Gold Deposit in east-central Yukon. The road would support advanced exploration of the area, the company says.

“We are extremely disappointed with and surprised by this decision” says President and CEO Graham Downs.

“This was an application for a private, single-lane, gravel and controlled-access road in an area with existing winter trail access. If this road can’t be permitted following a positive environmental and socio-economic assessment decision and years of governmental encouragement to invest in the project, then you have to wonder if Yukon is in fact open for business.”

The company adds that it does not agree with many aspects of the government’s decision, and that in consultation with its external legal counsel, is evaluating its options.

According to the Vancouver-based exploration company, the 65-kilometre long tote road was conditionally approved by both the Yukon government and the FNNND in March 2018, under the Yukon Environmental and Socio-Economic Assessment Act.

It insists that it has acted in good faith throughout the process and has taken great care to ensure the input of the FNNND and surrounding communities were duly considered when designing and routing the road.

The Tiger Gold deposit is part of the larger Rackla Gold Project, which is located within the Beaver River watershed. All of this area is located within the traditional lands of the FNNND, but the proposed road would skirt Settlement A lands, where First Nation ownership includes both the surface and sub-surface, including mines and minerals.

Speaking during the legislative assembly on December 1, Yukon Party MLA Scott Kent criticised the decision and accused the Liberals party of ‘stringing along ATAC for three years’ before turning down the proposal.

“It demonstrates that currently, there’s a climate of distrust in the mining industry of this government. It is extremely concerning when you see the CEO of a major mining company indicate that it seems like the Yukon is closed,” adds Yukon Party leader Currie Dixon, in the Yukon News.

However, Energy, Mines and Resources Minister Ranj Pillai, says that the company will have an opportunity to improve their application and reapply.

Canadian Parks and Wilderness Society – Yukon Chapter welcomed the decision to reject the proposal. Stating that the proposed road would be built just below the Peel Watershed, CPAWS – Yukon says that the route would cut through habitat for moose, grizzly bears, salmon and other wildlife.

“The science of road ecology clearly shows these species will be harmed by things like habitat loss, road avoidance, and overhunting,” CPAWS says in a statement on its website.

“One main condition of the road application was to create a sub-regional land use plan for the Beaver River Watershed. This process gave Na-Cho Nyäk Dun citizens and Yukoners the opportunity to address concerns they had with the road.

“Many pointed to the negative impact that this road would have on a landscape that is so important for hunting, trapping, recreation, and wildlife habitat. ATAC attempted to bypass this process by submitting a separate application outside of this sub-regional plan, which has been rejected by the Government,” it adds.