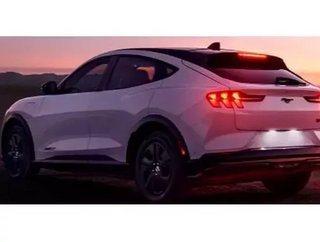 Ford joins IRMA and pledges to collaborate with brands across the industry to promote responsible mining...

Ford Motor Company has joined the Initiative for Responsible Mining Assurance (IRMA), which aims to promote use of third-party assessments of mining practices to protect human rights, according to Reuters.

Ford said its planned investment in electric vehicles would increase the company’s reliance on mined material, particularly related to production of EV batteries, the report states. As a part of the initiative, Ford would collaborate with brands across the industry to promote responsible mining.

IRMA envisions a world where the mining industry respects the human rights and aspirations of affected communities; provides safe, healthy and supportive workplaces; minimizes harm to the environment, and leaves positive legacies.

Founded in 2006, it offers objective, independent third-party verification of industrial-scale mine sites against a comprehensive definition of responsible mining agreed to through a collaborative, multi-stakeholder process.

Last week President Joe Biden on Monday vowed to replace the US government’s fleet of roughly 650,000 vehicles with electric models and General Motors announced plans to become carbon neutral in its global products and operations by 2040 (click here).