By Daniel Brightmore
May 25, 2021
undefined mins 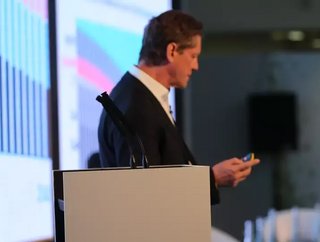 Robert Friedland, Founder & Chairman of Ivanhoe Mines is a mining legend with a long track record as an entrepreneurial explorer and innovator

Robert Friedland is a self-confessed "ex-hippy" with a proven track record as an entrepreneurial explorer, technology innovator and company builder.

Friedland’s ventures have raised more than $25bn since 1993

Inducted into the prestigious Canadian Mining Hall of Fame in 2016, Friedland was honoured as “a dynamic, transformative force in the Canadian and international mining industries” and “one of the most recognized mining personalities and achievers in the world”.

Referred to as “the undisputed king of junior development” Friedland sowed the seeds for his current venture, Ivanhoe Mines, in 1993. The company is developing three world-scale mining projects (resourcing platinum, palladium, nickel, copper and gold) in South Africa and the DRC following strategic investment in excess of $1bn. Friedland’s original Ivanhoe Mines (acquired by Rio Tinto in 2012 and renamed Turquoise Hill Resources) was responsible for the discovery and development of the epic copper and gold deposits in the South Gobi region, resulting in the construction of the Oyu Tolgoi mining complex.

Friedland, among other roles, is also Chair and co-founder of disruptive controlled-energy tech company I-Pulse, CEO of its subsidiary High Power Exploration, holds a controlling interest in VRB Energy and his film production company Ivanhoe Pictures was behind the highest-grossing romantic comedy of the past decade, Crazy Rich Asians. Is there anything he can’t do?

Mining caught up with the charismatic billionaire at Mines and Money London back in 2019. Shooting from the hip during a fascinating keynote speech - holding forth on everything from the China-US trade war to global warming - the serial entrepreneur predicted the rise of electric vehicles (EVs) would be a huge opportunity for the mining industry and investors: “Copper demand is going to be psychedelic!”

Heralding the “revenge of the miners” Friedland’s no-nonsense appraisal of the industry today highlights the huge opportunity for it to make a positive contribution to the fight against air pollution and the quest for net-zero emissions with the growth of solar and wind turbine energy solutions.

“Human beings wanting everything, all of the time, and moving to cities will drive that growth in demand,” says Friedland. “Copper is rare and hard to find, but without it we don’t have a modern world. Lithium-ion batteries are made out of copper. So, when we start moving fully to electric vehicles we’re going to need a telescope to actually see the copper price! The big giga factories are coming. The industrial revolution starts in 2023 and it’s set to build for the rest of the decade.” You heard it here…