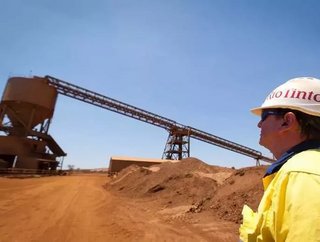 Rio Tinto has announced plans to invest around $1bn over the next five years to support the delivery of its new climate change targets and a company obj...

Rio Tinto has announced plans to invest around $1bn over the next five years to support the delivery of its new climate change targets and a company objective for net zero emissions from operations by 2050.

Under these targets, Rio Tinto’s overall growth between now and 2030 will be carbon neutral.

Rio Tinto chief executive J-S Jacques commented: “Climate change is a global challenge and will require action across nations, across industries and by society at large. New technologies, partnerships and effective government policies will be key in achieving this goal but today there is no clear pathway for the world to get to net zero emissions by 2050.

“The ambition is clear but the pathway is not and the challenge for the world, and for the resources industry, is to continue the focus on poverty reduction and wealth creation, while delivering climate action. This will require complex trade-offs which means we all need to face up to some challenging decisions and have an honest conversation.

“For Rio Tinto, it is about setting a long-term ambition and establishing stretching, but achievable targets, like we have done for 2030 and 2050. We are fully committed to meeting that challenge and being part of the solution”.

What does Rio Tinto’s $1.5bn Utah mine expansion mean for copper?

Rio Tinto’s second climate report, published today and once again guided by the recommendations of the Task Force on Climate-related Financial Disclosures, sets out how Rio Tinto plans to achieve its ambition of net-zero emissions by 2050 through action in four areas.

The production of aluminium, copper and high-grade iron ore will play a part in the transition to a low carbon economy.

2. Reduce the carbon footprint of operations.

Rio Tinto is taking steps to enhance productivity and efficiency, as well as exploring alternative sources of energy and developing pathways to reduce emissions. In February, 2020, Rio Tinto announced a $100 million investment in a new solar plant at the Koodaideri mine in the Pilbara, Australia, as well as a lithium-ion battery energy storage system to help power its entire Pilbara power network.

3. Partner to reduce the carbon footprint across the value chain.

Climate change will only be solved through collective action by government, business and consumers across the globe. Rio Tinto is working on innovative partnerships to stimulate action with customers and other parties across the value chain. In September, 2019, Rio Tinto launched a pioneering initiative in the steel industry, partnering with China Baowu Steel Group and Tsinghua University to develop solutions to help address the steel industry’s carbon footprint and improve environmental performance. In 2018, Rio Tinto announced a new technology partnership with Alcoa, with support from Apple and the governments of Canada and Quebec, to further develop ELYSIS carbon-free aluminium smelting technology.

Rio Tinto considers climate-related risks over the life of its operations from design to closure and beyond. The impact of extreme weather events is already being seen at many sites and work is underway to assess the probability and potential impact of these risks in the future. Seventy-six per cent of electricity consumption at managed operations is from renewable energy and most of the operations have significantly lower carbon intensities than sector averages.

Rio Tinto’s new 2030 climate targets are linked to executive remuneration. The chief executive’s Short-Term Incentive Plan includes delivery of the Group’s strategy on climate consistent with the new targets. These are cascaded down to relevant members of the Executive Committee and other members of senior management.

The full report provides an overview of Rio Tinto’s approach to climate change and a detailed analysis of marginal abatement cost curves and carbon intensity curves by key commodity and is available at https://www.riotinto.com/sustainability/climate-change