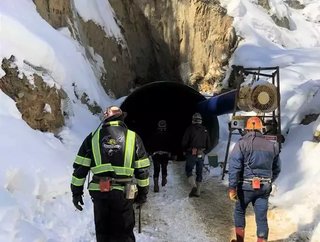 2018 may very well go down in history as a key turning point for the cobalt industry. We can already point to the rise in demand for electric vehicles...

2018 may very well go down in history as a key turning point for the cobalt industry. We can already point to the rise in demand for electric vehicles (EVs) dependent on ion lithium batteries, a notable increase in cobalt operations all over the world and, perhaps most notably, one of the biggest technology companies in the world redefining its cobalt supply chain.

It is the rise in battery technology (cobalt is a key component of lithium ion batteries) that has completely changed the industry’s outlook on the metal. In fact, Trent Mell, President and CEO of First Cobalt Corp, believes that on a historic level cobalt has “somehow been forgotten”.

“Cobalt has always been seen as a by-product,” he says. “It was often overlooked and now we are seeing a lot of potential in like Canada where historically it just hasn’t been explored.”

First Cobalt is a vertically integrated North American pure-play cobalt company. Its ambition? To be the largest in the world. The company currently has three assets across North America: the Iron Creek Project in Idaho, the Canadian Cobalt Camp, and the only permitted cobalt refinery in North America capable of producing battery materials.

First Cobalt was formed with cobalt as a primary focus, even if that cobalt is still a by-product. Currently, the major source of cobalt around the world is the Democratic Republic of Congo, but Mell wants to disrupt this status quo.

“With Idaho and Ontario, we have what I think are two of the most prospective camps outside of Africa,” he says. “Our vision is simple: to mine, refine and sell cobalt in North America. It could be to Apple, to Tesla or to GM, it doesn’t matter who. There is currently no domestic supply in Canada and the US and I think that First Cobalt is positioning itself to be the first one to do exactly that.”

The company was only founded in 2017, but over the course of its first 12 months the Canadian firm has seen its market cap go from $15.3mn to over $190mn. Mell attributes this success to First Cobalt and its leadership team focusing on cobalt at a time where some of the major companies around the world are “playing catch-up”.

He points to a statement made by Ivan Glasenberg, Chief Executive of Glencore, in which he warned that western carmakers must wake up to the limited supply of cobalt in the world, identifying that recent activity from China and streaming agreements will leave companies struggling to catch up.

“We saw that headline and I think he’s right in some regards. A number of Chinese companies are signing cobalt streaming agreements and essentially locking up cobalt supply,” Mell says. “That’s what we are doing with our North American operations. We locked up the cobalt supplies in Ontario and Idaho before any other company woke up to the potential of these camps. It’s a real differentiator for us.” 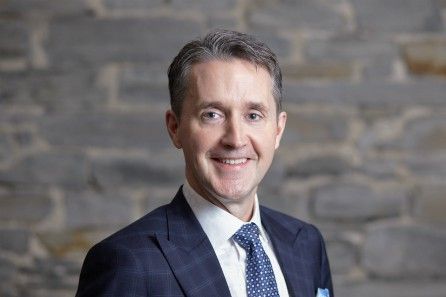 Currently, First Cobalt is not actively mining. Its portfolio contains a number of high potential exploration properties, one of which contains more than 50 past producing mines. First Cobalt has also spent the last year doing what Mell describes as “grassroots exploration”, with modelling, prospecting, mapping and drilling programmes in order to better understand and determine the potential the company has within its portfolio.

The company also has the only permitted cobalt refinery in Northern America, which coupled with its close proximity to some of the biggest manufacturers that will require cobalt – Tesla, Apple, GMC, Honda and Ford to name a few – leaves First Cobalt finely positioned within this surging market. “As a company we are in a good jurisdiction and we are capital market friendly,” says Mell. “I think that the first mover advantage that we have has some really great dividends for us here in North America.”

Demand for cobalt is on the up and the supply of cobalt looks set to grow tighter and tighter, but this is an industry that is cyclical in nature. Rewind the clocks back a few years and cobalt did not demand a seat at the table like it does today, and while it is extremely unlikely that this would happen again, miners and organisations must always prepare for any potential downturns as well as future upswings in the market.

Mell recognises as much, acknowledging that cobalt is reaching decade high market prices. What this does is incentivise more operators, be them major or junior, to find more cobalt.

For First Cobalt, Mell can take comfort in the future outlook for cobalt based on the solid foundations that the company’s portfolio is built upon. “Look at the outlook with regards to EVs. Right now, billions of dollars are being invested into R&D and into production and into gigafactories. The infrastructure that has been dedicated to current EV batteries tells you that we are on a path of no return.”

This path of no return only strengthens the notion that 2018 has been a real turning point for cobalt. Mell goes as far as saying it’s been a “crazy year”, and notes that 2019 could surpass it. “The frenzy is real,” he says. “As a miner it is unlike anything we’ve ever seen before but we know there is a real need for this product.”

First Cobalt is ready for the future of cobalt. Through strategic acquisitions of North American cobalt assets, First Cobalt can not only ride this wave, it can lead the way far greater than some of the current major mining companies.

Despite his enthusiasm, Mell does keep a level head on his shoulders. “We know what we have to do as a company,” he says. “We have to keep our heads down and focus on our drilling programs and our exploration activities and work 24/7 to try and be the first company to be able to produce new, meaningful supply to this market.”