From Mine to Tourist Attraction: Innovative Reclamation Projects 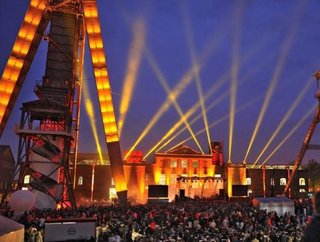 We take a look at the top projects across the globe breathing new life into former mines while creating exciting tourist attractions in the process...

We take a look at the top projects across the globe breathing new life into former mines while creating exciting tourist attractions in the process.

Mining reclamation projects generally receive little to no attention from media outlets. Ask any responsible miner and they’ll tell you that’s a good thing. That’s become the goal of mine reclamation is to go unnoticed, restoring the land into as good or in better shape than before. And while a company’s approach to reclamation is generally based off community input, a new and innovative trend is beginning to gain steam.

We take a look at the top projects across the globe breathing new life into former mines while creating exciting tourist attractions in the process.

Situated in Cornwall, England, the Eden Project is one of the largest indoor rainforests in the world. The project is comprised of a series of interconnected enclosures that replicate different global environments. First opened to the public in 2001, the former mine welcomes hundreds of thousands of visitors each year.

The Salina Turda salt mines in Transylvania, Romania are one of the first unused mines to be converted into a tourist attraction. The site -- which descends almost 400 feet into the Earth – was first opened in 1992 and has become a wonderland for visitors across the globe. The mines feature a 180-seat amphitheater and carousel at depths of 140 feet as well as access to a small lake where boats can be rented at 370 feet down. A large rotating wheel allows visitors to see the stalagmites throughout the cave.

If exploring an abandoned underground mine wasn’t enough, the people from Louisville Mega Cavern have created the ultimate indoor bike park. The reclaimed site is located 100 feet underground and encompasses over 320,000 square feet, including more than 45 trails for BMX, cross country and single track.

"We have a very large area to work with," said Tom Tyler, co-owner of Mega Cavern. "You can't duplicate it. Somebody would have to go out and dig rock for 40 years before they have what we've got here."

"We are building a school area, which will include five lines (bike trails) so that riders can gradually improve their skills," Lowry said.

If you’re looking for the ultimate thrill ride, Go Below® Ultimate Xtreme™ is surely for you. Formerly known as Zip Below Xtreme, this abandoned slate mine is located 1,230 feet beneath the Wales’ Snowdonia National Park and features an underground obstacle with everything from zip-lining through caverns to boating across a lake.

The process of mining salt can produce some of the most majestic and tranquilizing images ever seen. These landscapes include multicolored pools of water, deep caverns, and geometric carvings. The sites are so mesmerizing, many of them have become home to museums and tour destinations.

Located in Krakow, Poland, the former Wieliczka Salt Mine draws millions of visitors every year. Built in the 13th century, it was one of the world’s oldest operating mines until its closure in 2007. Now, the underground salt mine is a dreamland cathedral for visitors.

Located in a 175-year old underground slate mine, Bounce Below is a subterranean playground featuring “the world’s largest underground trampoline.” Opened in 2014, the site consists of three separate “bouncy nets” spread across a distance of 180 feet from top to bottom.

Situated on the grounds of a former coal mine, the C-Mine Square in the Belgian city of Genk has become a cultural center for locals and tourists alike. The site pays homage to the city’s roots in the coal mining industry, utilizing most of the old mining buildings that used to exist by renovating and turning them into theatres, restaurants and schools. C-Mine has become an urban square with a cultural, creative, design and recreational function.