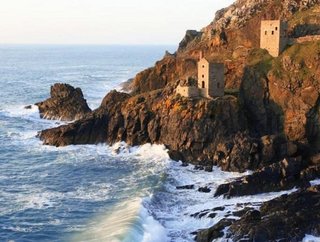 Recently it has been announced that the S...

Recently it has been announced that the South Crofty tin mine in Cornwall, UK, is being reborn, with officials suggesting this could spark a revival of tin mining within the UK, we take a look at some of things you need to know before tin mining enters the spotlight again – both in the UK and worldwide.

1: Tin and the power of technology
Historically, tin extraction can be dated back to the Bronze Age around 3000 BCE. Tin was mined and used to smelt bronze, so it was a crucial factor in the very makeup of the Bronze Age. Weapons, tools and even jewellery over the years have been a consequence of tin mining, so it’s fair to say it’s played a huge part it human history. Fast forward to today, and tin is used a little differently though still plays such an integral role in modern day. Tin plate, a thin sheet of steel covered in a protective coating of tin, is used for food cans but perhaps more importantly in this digital age, tin is primarily used in soldering paste on circuit boards. Circuit boards of course, make up key elements in most if not all modern technologies. Mobile phones, tablets and televisions to computers and laptops. Tin is also used in the glass screens that feature on mobile phones, such vital technologies that we use on a day to day basis has some element of tin involved.

2: Tin is running out – or is it?
According to a report published by ITRI, the not for profit organisation representing the tin industry, one of the reasons for an apparent decline in mining is not through a fall in resources and reserves, but actually the perception of investors and miners. Global tin production has been “quite stable” in recent years, with refined tin production between 333,000 tpy and 370,000 tpy and mine production between 270,000 tpy and 310,000. In an estimate looking at 235 tin deposits worldwide, ITRI estimates that there is 11.7 Mt of tin resources with a minimum life of 38 years and 2.2Mt of Tin

3: The future of tin is in our hands
The estimated life of tin resources and tin reserves is only that – an estimate, but it is an estimate that mining investors can control. Tin recycling is critical to the future of tin supply, and that can only be achieved through investments into tin recycling technology. “From the analysis, at a global level there is no reason to suggest that remaining tin deposits will be unable to sustain a long term, gradual upward trend in primary tin demand well into the future,” the report reads. A rise in the development of “far more efficient exploration and mining technologies” is going to be needed to achieve this.

4: Let’s get Bisie
Alphamin Resources, a pioneering tin exploration and mining business in DRC, is a tin exploration company to keep an eye on – as it looks to be the global premier conflict free tin producer. The company have released a feasibility study of its Bisie Tin project, the Mpama North prospect in North Kivu. The study revealed that the project will look to produce 9,000 tonnes of tin in concentrate a year from 2019. This comes at an extremely pertinent time as the DRC tin industry suffered a collapse in 2010, with Alphamin looking to become the world’s premier tin suppliers. Alphamin Resources and the Bisie Tin Project is definitely a project that will shape the future of global tin production and resources.

Look out in the coming months for our exclusive interview with Boris Kamstra, the CEO of Alphamin Resources, as he talks to us about North Kivu and the important part the Bisie Tin project will play on the future of tin mining.

5: A Cornish past time
The South Crofty Tin mine in Cornwall, UK, has recently been bought out of administration from Strongbow Exploration. This acquisition and subsequent revival is being tipped as the start of a “renaissance” for tin mining within the UK. South Crofty, the final remaining tin mine in the country, closed its doors and shut off its pumps in 1998. At its peak, Cornwall was flooded with tin mines – 2,000 strong, making it a global leader in tin production. Through foreign competition and supply across the globe, the prices of tin fell and Cornwall’s lofty status began to slip before the eventual closure of South Lofty. But, international mining companies have started to turn to the UK. Australian based Wolf Minerals recently opened the Hemerdon tungsten mine in Plymouth, the first new metals mine in the UK in years. Couple this with Sirius Minerals and its UK Potash mine as well as South Crofty and perhaps a mining renaissance is selling it short. Richard Williams, Strongbow’s Wales-born chief executive, believes that if the South Crofty mine is successfully restarted, it would attract international investors, as the mentality of opposing mining within the UK seems to have changed.

Be sure to follow @MiningGlobal for news and latest updates!