Mining stocks are commonly known for their potential to grow. In this list we take a look at ten of the most promising mining companies to invest in this year.

MP Materials Corp is an American company which specialises in rare-earth metals and minerals. The company is headquartered in Las Vegas, and was first founded during 2017. MP Materials is owned by JHL Capital Group, QVT Financial LP, and Shenghe Resources, and has over 270 employees.

Cameco Corporation operates in the mining and energy industry, the company was formerly known as the Canadian Mining and Energy Corporation. The company is known for being the largest publicly traded uranium mining company, Cameco Corporation was first established during 1988 in Canada. It now has over 3000 employees and is responsible for 18% of the world's uranium production.

Sibanye Stillwater Limited was first founded during 2012 and is headquartered in South Africa and America. Sibanya Stillwater is a multinational company specialising in precious metal mining, mainly known for the production of Platinum, Palladium, Rhodium and Gold. Neal John Froneman is the CEO and the company now has over 84,000 employees.

Alcoa Corporation is headquartered in Pennsylvania, United States and was founded in 1888. The company is the 8th largest producer of aluminium, and has operations spanning across 10 different countries. Alcoa Corporation specialise in the mining, smelting, and recycling of aluminium.

Freeport-McMoRan was founded in 1988 and is headquartered in Arizona, United States. The company was created in the merging of Freeport Minerals and McMoRan Oil & Gas Company. Freeport-McMoRan is one of the largest producers of molybdenum and copper. The company has operations  across Africa, Europe, North America, South America and Indonesia, with over 27,000 employees.

Rio Tinto Group is the second largest mining and metals company, known for the production of iron ore, copper, diamonds, gold and uranium. First founded in 1873, the company is headquartered in London, United Kingdom and Melbourne, Australia. Rio Tinto Group is traded on the London Stock Exchange and the Australian Securities Exchange. The company was ranked 113th largest public company of 2021 by Forbes Global.

Headquartered in Melbourne, Australia, BHP Group is a mining, metals and petroleum company. BHP was founded in 2001 in the merger of BHP and Billiton. The company has operations worldwide and over 80,000 employees. BHP is known for its production of iron ore, coal, petroleum, copper, nickel, and uranium. The company was ranked 93rd largest public company by Forbes Global during 2020. 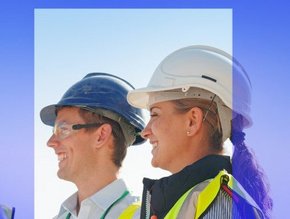 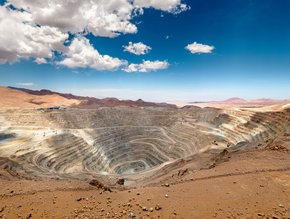 Top 10 trends in the diamond industry