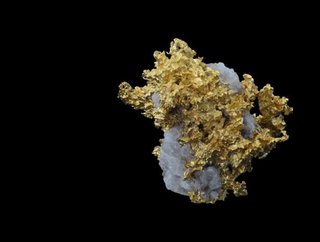 Making decisions about company or personal investments requires appropriate levels of research. When selecting investments in gold or gold mines, professionals want to work with not only the largest companies, but also with the most productive mines. These productive mines bode well for potential profits in the future. The following is a list of some of the cream of the mining crop.

According to National Geographic Magazine, almost 40 percent of the world's gold for the last 120 years was mined at the Witwatersrand Basin in South Africa. The mine has gold deposits dating back roughly 3 billion years.

Pennsylvania State University states that the mine produced almost 1,000 tons of gold during the 1960s, but the levels of gold production have declined over time. Still, in recent years, the gold mine in South Africa produces roughly 320 tons of gold.

AngloGold Ashanti Ltd. uses machinery to produce gold in South Africa to reduce the potential dangers. In addition to increasing safety, advances in mining machinery helps to reduce delays in production throughout the region, according to the Wall Street Journal.

The Great Mines of China

China is one of the largest producers of gold in the world, but the gold comes from several different mines throughout the country. The World Gold Council suggests that roughly 460 tons of gold comes from China alone.

Zijin Mining is one of the largest mining companies in China for gold and other metals. The company mines almost 175 tons of gold each year. The company primarily mines metals in China, although it also engages in international mining operations. While the growth may be slow and gradual, China will see an increase in the gold mining industry by 2018.

The Grasberg Mine in Indonesia is considered the world’s largest gold mine. According to Reuters, the gold deposits in the mine are estimated to value roughly US$16.2 billion.

The company with the most investment and mining operations in the area is Freeport-McMoRan Inc. Due to changing licensing agreements and the expiration of a previous agreement with the local government in Indonesia, the company is renegotiating their options for future mining operations.

While the mine is expected to show lower than average production, negotiations suggest that the company will see positive changes in the future. A key factor impacting the company's profitability is the demands of the Indonesian government. The government expects to own almost 20 percent of Freeport-McMoRan Indonesia by the end of the year and has demands for 30 percent ownership by 2019. As a result, a portion of the company's profits will return to the country for mining rights and licensing.

The amount of gold produced by the mines results in an estimated value of roughly 1.3 billion dollars per year in exports. The mine continues producing relatively high levels of gold, but the future of the mines depend on the possibility of maintaining workers.

A key problem with the area is the quality of the water and the risk to miners. Mining companies have invested in cleaning efforts to improve water quality and take measures to ensure any water released into the rivers does not contain dangerous elements. The water contamination requires a constant investment that impacts profitability; however, the same efforts also increase the possibility for continued operations and profits over time.

The largest gold mines in the world produce tons of gold each year, but the possibilities for the future vary significantly based on the risks and complications. Safety concerns impact many of the largest gold mines, while complications with governmental authorities and problems with the quality of the ore impact the future of the companies. The key to selecting the right investment is focusing on the companies that have the best strategies to balance safety of the mines with managing high productivity.