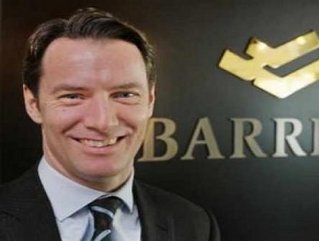 It’s pretty simple to list the top gold mining companies around the world, but ask for a leader and you’ll only find a quizzical look i...

It’s pretty simple to list the top gold mining companies around the world, but ask for a leader and you’ll only find a quizzical look in return. These guys don’t get quite the press like that of Tony Hsieh or Mark Zuckerberg, but in the gold mining industry these are the celebrities. Find out what these five CEOs have been doing during their reign to keep their leadership, and their companies, at the top of the heap.

He has been ranked first among Forbes’ Materials CEO’s and ninth for overall pay – but the millions of dollars Richard C. Adkerson acquires in annual compensation with Freeport-McMoRan Copper & Gold doesn’t detach from the fact that he’s a great leader. Enough so that he was ranked among several other CEO’s in “Institutional Investor” magazine’s annual ranking of “America’s Best CEOs” in the Basic Materials, Metals & Mining category.

With Freeport-McMoRan Copper & Gold Inc. for 21 years and CEO for six, Adkerson also doubles as the co-chairman of the Board for McMoRan Exploration Co. and president of the company and executive vice-president at the subsidiary PT Freeport Indonesia. Having rapidly moved up in scale since launching his public accounting career, Adkerson is one of only a handful of successful CEOs with an MBA, a degree he earned from Mississippi State in 1970, after earning his Bachelor of Science just one year earlier.

Relatively young for such a success, Aaron Regent is a strapping 44 years old and has been the CEO, President and Director of Barrick Gold Corporation since 2009. Already one of the highest paid CEOs in the nation, Regent joined Barrick after working as Senior Managing Partner for Brookfield Asset Management and co-CEO of the company’s infrastructure group; prior to that he acted as President and CEO of the global mining company, Falconbridge Ltd.

The vocal CEO has taken it upon himself to counteract attacks about gold prices, speaking at international conferences in regards to the global impact these soaring costs have had on his company, the world’s largest gold producer. Sitting pretty, Regent isn’t concerned about the volatile state of inflation as markets record gold’s price at a record high of $1424 an ounce.

Sean Boyd might be one of the commercially recognized CEOs on this list, though Agnico-Eagle isn’t the largest gold producer in the world. Why? Boyd got the attention of Mad Money host Jim Cramer, who interviewed him this year and the one prior after recommending consumers purchase some Agnico-Eagle stock. The result wasn’t as triumphant as expected, but Boyd doesn’t seem too concerned with those results – he’s got a plan. Unlike others, he says, Agnico-Eagle creates a detail-oriented five year plan to prevent failure.

Sean Boyd has been with Agnico-Eagle since 1985 and was appointed to his current position in 2005. He’s held several senior management positions in his tenure with the company, including Vice-President and Chief Financial Officer.

As the Chief Operating Officer of South Africa’s largest gold mining company, Mark Cutifani’s work with AngloGold Ashanti is always spotlighted. Luckily, since being appointed CEO and part of the Board of Directors in 2007, Cutifani has labored to change the way AngloGold operates. As a seasoned gold mining expert, having worked in the industry since 1976, Cutifani’s first order of business upon being appointed CEO was reduction of on-site fatalities. Since his appointment, that number has been reduced by more than 70 percent.

Cutifani introduced the world to his enthusiasm early on in his career when he started as managing director of Sons of Gwalia in 2000. After holding the CEO position at Canada Inco Limited, he joined AngloGold Ashanti as director in 2007.

2010 was a blockbuster year for Newmont Mining Corporation, and not just because it lead equity gold production by upwards of 10 percent due to exploration in Australia’s Boddington and Indonesia’s Batu Hijau. It was equally a banner year for chief operating officer Richard O’Brien, who was honored with Montana Tech’s Gold Medallion Award, the educational facilities highest honor.

Since 2007 O’Brien has been the President and CEO of Newmont Mining Corporation, the nation’s largest gold mining producer with headquarters in Denver, Colorado. While the company has always shined above the rest due to its numbers, prior to 2010 acquisitions numbers had dwindled dramatically. That is, until O’Brien made the prediction early on that gold prices could only get higher, and Newmont Mining explored and developed new mines unlike years’ past. The move turned in O’Brien’s favor when third quarter revenue results gave them a net income increase of 38 percent.