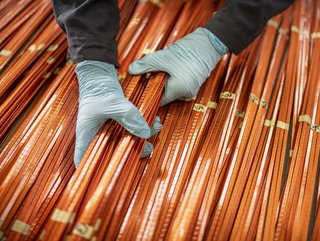 In August, China’s copper imports increased by 26%, compared to the same period the previous year.

In total, China’s import of unwrought copper and copper products (which include refined, alloy, anode and semi-finished products) reached a total of 498,188.60 tonnes for the month.

Although the import volume of August 2021 was a two year low for China, this still represents a marked increase.

Similarly, mined concentrate imports achieved a 8.6% year-on-year increase over the first six months of 2022, and copper scrap flows rose by 7.3%.

This demand surge has, predominantly, been caused by cheaper prices for foreign copper supplies in July and August.

Figures from the London Metal Exchange showed that three-month copper prices were at $7,801.50 per tonne on August’s last trading day.

Although this is an 8.5% increase from the price at July 15 (which marked a 20-month low), this is still a staggering 19.7% drop from the price of copper at the beginning of this year.

This perfect storm was coupled with availability challenges in the domestic market, as the copper warehouse stocks in the Shanghai Futures Exchange recorded a seven month low, of 31,205 tonnes.